Tell Trump the Arctic Ocean is Not for Sale 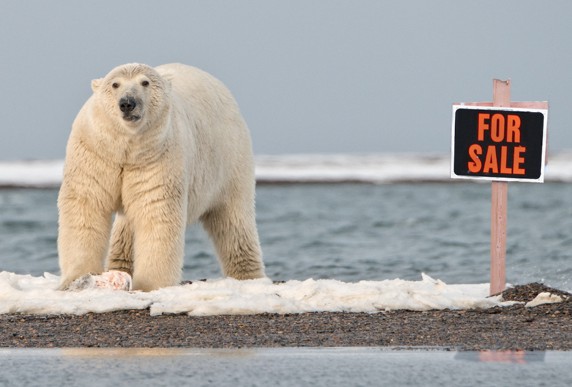 To a land of ice, polar bears, whales, and thousands of years’ worth of Alaska Native traditions, the Trump Administration is looking to send more dangerous oil drilling rigs.

The Trump administration is moving forward with its disastrous plan to hand Alaska’s waters over to Big Oil.

Its first target? The Beaufort Sea in the Arctic Ocean.

Tell Trump and his administration that you want to #ProtectTheArctic.

Located above Northeastern Alaska between Point Barrow and Canada, the Beaufort Sea is experiencing the same decline of sea ice that other Arctic regions are grappling with. Iconic wildlife is facing daily threats from climate change, like the loss of ice habitat critical for hunting, resting, and mating.

Offshore oil drilling would further disturb wildlife, and any oil spill would devastate already struggling populations. For example, the Southern Beaufort polar bear population dropped by 40% between 2000 and 2010, and the bears are now three times more likely than 30 years ago to spend summer and fall on land instead of on the ice. On land they have less access to the marine mammals that they hunt as prey. They also face more confrontations with humans, as well as competition from other large mammals like brown bears.

While polar bears roam the ice above, whales swim in the cold waters below. Belugas, which sometimes travel in groups of hundreds, move through much of the Beaufort Sea and surrounding areas from spring to fall. They share the space with Bowhead whales, which concentrate in large groups with their young near the shore in the summer and fall. And more than 25 years after the Exxon Valdez oil spill in Prince William Sound, some populations of Orcas have yet to recover.

But it’s not just about the wildlife. Communities along the Arctic coast of Alaska and Canada depend on healthy oceans for subsistence hunting.

I’ve heard Indigenous activists from the U.S. and Canada point out that this is an international human rights issue. Adrienne Titus of Native Movement said that “opening the oceans to oil development would eliminate the chance of my grandchildren truly knowing who I am.”

Allowing the oil industry to move in means allowing Big Oil to push out the culture, traditions, and lifestyles of Alaska Native peoples.

The administration has already asked the oil and gas industry to submit information and indicate their interest in the proposed drilling areas in the Beaufort Sea. This puts the Arctic Ocean on the fast track to more oil drilling.

It’s up to us to stop it. Make your voice heard and tell Trump and his administration that you don’t support new oil drilling in the Arctic Ocean!