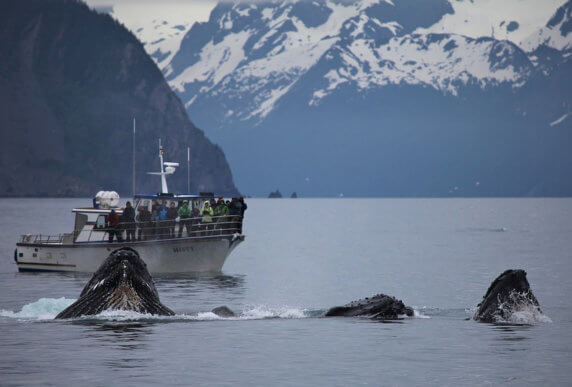 Pacific Environment welcomes this week’s anticipated approval of the Polar Code by the United Nations’ International Maritime Organization. “After over a decade of negotiation, we are grateful that this international body has created mandatory protections for Arctic and Antarctic waters,” announced Kevin Harun, Arctic Program Director for Pacific Environment.

“The polar regions include some of the world’s richest, most extraordinary marine resources while also posing extreme risks to mariners. It is exceptional for the international community to formally recognize for the first time that Arctic waters warrant special rules and protection.”

With sea ice retreating, arctic shipping and industrialization are accelerating.  The Code requires mandatory avoidance of marine mammals and bans on discharges of oily wastes and garbage. Other new rules address design, operations, training, and search and rescue for ships operating in remote, icy-choked Arctic and Antarctic waters.

But some of the largest identified threats remain to be addressed. In its review of arctic shipping, the Arctic Council identified a spill of Heavy Fuel Oil as the greatest potential threat to arctic marine resources. This thick, viscous, and dirty fuel is used as a transport fuel by ships transiting the arctic and shipped as cargo. Heavy Fuel Oil is persistent in the environment and largely does not evaporate. It would be virtually impossible to clean up and could lead to an ecosystem collapse if spilled, for example, in ice-free waters where arctic birds or wildlife concentrate. Heavy Fuel Oil is already banned in Antarctic waters.

Other outstanding issues to be addressed in a second phase include black carbon ship emissions known to accelerate ice melt and climate change, a general lack of oil spill response, and stringent regulation of ships unprepared for icy waters.

“The International Maritime Organization should take this moment to congratulate all involved while also setting in motion a second phase of the Polar Code to seriously address the recognized threats of Heavy Fuel Oil and other concerns,” concluded Harun.

Harun also hailed the Polar Code as a prime example of nations working together to protect one of the world’s most important marine environments.  Russia and the United States straddle the Bering Strait, an important entry and choke point for ships entering or leaving the Arctic Ocean. “Despite current difficulties involving Russia and the Ukraine, these two nations joined the rest of the international community in creating the Polar Code,” said Harun.

Pacific Environment protects the living environment of the Pacific Rim and has consultative status at the International Maritime Organization. We have partnered with local and indigenous communities in Russia, China, California and the Alaskan Arctic for more than two decades.