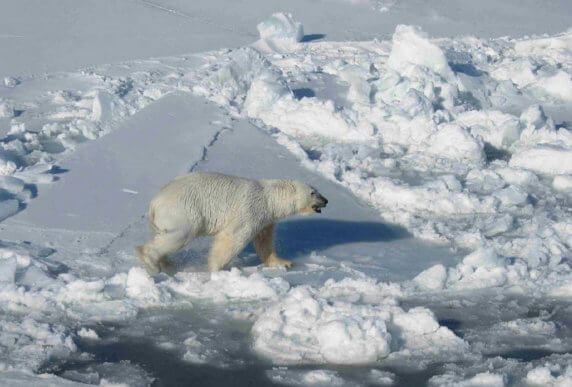 Today, the House of Representatives took a historic vote to whether protect the Arctic National Wildlife Refuge’s Coastal Plain as Wilderness. Rep. Jared Huffman (D-CA) offered the House Arctic Refuge Wilderness bill as an amendment to the Sportsmen’s Heritage and Recreational Enhancement (SHARE) Act of 2015, H.R. 2406, a bill that contains a number of destructive provisions that threaten wildlife and public lands, erode bedrock environmental laws and undermine key conservation policies. The bipartisan vote on the amendment – the first time Congress has ever voted on a Wilderness bill for the Arctic National Wildlife Refuge – was 176 yeas and 227 nays (31 not voting).

“The Arctic National Wildlife Refuge in northeastern Alaska is one of those uniquely American places, and we must do our due diligence to protect this one of a kind national treasure from the dangerous effects of drilling. By designating this area as wilderness, we can finally recognize the intrinsic value that this land holds. As Edward Abbey said, the idea of wilderness needs no defense, it only needs defenders. I thank my colleagues who stood up today as defenders of wilderness and voted for my amendment.”

“Thank you to the members of Congress who voted to protect the Arctic National Wildlife Refuge and especially to Rep. Jared Huffman (D-CA) for his leadership on this issue. This was an exciting and historic day for Arctic Refuge protection, for the iconic wildlife like polar bears and caribou which live there, and for the Gwich’in peoples who rely upon this land for their way of life. What’s more, the Arctic Refuge is wild, spectacular and owned by all Americans.

“Supporters of this amendment understand that the time is now to protect this place for our children and our children’s children.

“This was the first time Congress has voted on the Arctic Refuge Wilderness bill, which has been introduced for more than 25 years. The area was first set aside by Republican President Dwight D. Eisenhower in 1960, and former Rep. Morris Udall (D-AZ) was integral to doubling its size in 1980 under Democratic President Jimmy Carter. There has been bipartisan support for Wilderness in the Arctic Refuge ever since.

“In January 2016, President Obama transmitted to Congress his administration’s recommendation for Wilderness for the threatened Coastal Plain as well as for the Brooks Range and other areas. From a video on Air Force One, the President said: ‘Alaska’s National Wildlife Refuge is an incredible place — pristine, undisturbed. It supports caribou and polar bears, all manner of marine life, countless species of birds and fish, and for centuries it supported many Alaska Native communities. But it’s very fragile.’

“Throughout the nearly three decades of debate on this issue, time and time again the American public has stood up to fight back oil interests’ attempts to drill the Refuge. The support has been diverse and nationwide. During the public comment period for the draft conservation plan, the U.S. Fish and Wildlife Service received nearly 1 million comments in support of Wilderness for the Arctic Refuge and in opposition to oil and gas exploration and development. Alaskans showed overwhelming support at public hearings and sent thousands of comments including from 100 businesses across the state from Kaktovik to Juneau. Today, members from both parties continue to come together to safeguard our natural heritage.”