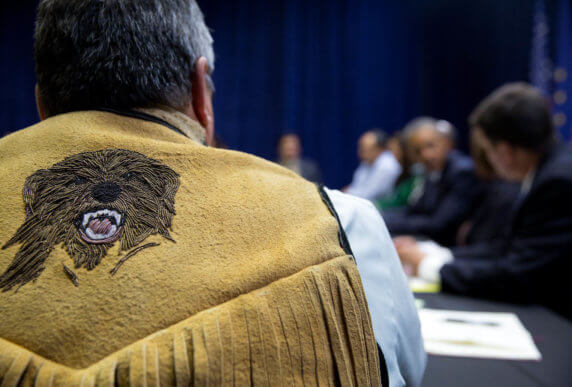 Indigenous peoples across the Arctic practice traditional ways of life closely connected to the waters on which they rely for food.

The Arctic Council has identified a heavy fuel oil spill as the top risk posed by increased vessel traffic. But, heavy fuel oil has yet to be regulated in Arctic waters.

We are calling on the International Maritime Organization to prohibit the use of heavy fuel oil in Arctic waters at its upcoming meeting April 18-22.

In 2010, the IMO adopted a ban of heavy fuel oil in Antarctic waters which takes full effect this year.

The insurer Allianz, in a March 21 report on shipping trends, found that Arctic casualties are rising. “There were over 70 reported shipping incidents in Arctic Circle waters during 2015—up almost 30% year-on-year, the highest in a decade. The incoming Polar Code is welcomed, but safety questions remain about best practices and clean-up.”

The Arctic marine environment is remote, dangerous, fragile, and severe. Storms routinely reach hurricane force, waters are ice-filled and poorly mapped, communication systems can easily fail, and substantive spill response or search and rescue can be thousands of miles and weeks away.

Prohibiting the use of heavy fuel oil by shipping in the Arctic will produce a number of significant environmental and social benefits. These include reducing black carbon emissions that could severely impact arctic climate. As well, risks will be reduced to the security of indigenous peoples who depend for food on marine resources vulnerable to oil spills.