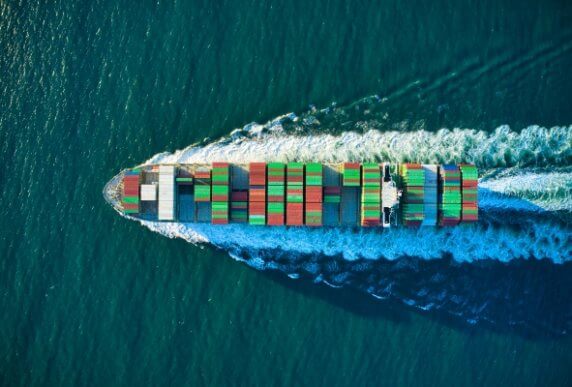 August 4, 2020 (San Francisco, California) — The International Maritime Organization (IMO) today released its Fourth IMO Greenhouse Gas Study. The study finds that total greenhouse gas (GHG) emissions from maritime shipping rose roughly 10% from 2012 to 2018 and are on track to exceed 2008 levels as early as 2019-2020. Carbon dioxide (CO2) constituted 91-98% of shipping’s total climate impact over this time period. These trend lines position the shipping industry as alarmingly out of step with the International Paris Climate Agreement, which requires halving of absolute GHG emissions between 2017 and 2030.

“The Fourth IMO Greenhouse Gas Study affirms that the shipping industry must be brought under more aggressive and supportive climate regulation,” says Madeline Rose, Pacific Environment’s Climate Campaign Director. “Every nation on the planet can regulate ships emissions in their own waters. Governments must act quickly to set Paris-aligned carbon regulation for vessels in their waters, incentivize climate mitigating retrofit technologies like wind assist rotors, and scale development of zero-emission maritime fuels.”

The study also identifies an alarming increase in climate accelerants, including a 12% increase in black carbon emissions, which aggressively melts sea ice, and a shocking 150% increase in methane emissions, a particularly potent greenhouse gas. The 150% growth in methane emissions from 2012 to 2018 was largely due to a surge in the number of ships fueled by liquefied natural gas (LNG), many of which have engines that allow unburned methane to leak into the atmosphere.

“This study proves what we already knew: liquefied natural gas is not an acceptable clean maritime fuel,” says Rose. “We urge ports, shipping investors, and shipping companies to divest from fossil fueled vessels and related infrastructure, including LNG, and redirect those investments into zero-emission vessel development instead.”

The IMO’s Fourth Greenhouse Gas Study comes during record-setting heatwaves in the Arctic, Europe, and the Middle East. Earlier this year, Antarctica lost 20% of its snow in just 9 days in its first recorded heat wave. This summer, climate scientists warned that Earth’s sixth mass extinction is underway and accelerating. Leading global policymakers, economists, and business analysts have warned the world is rapidly approaching a point of no return in terms of biodiversity regression. Every industry, including shipping, is responsible for helping save the planet.