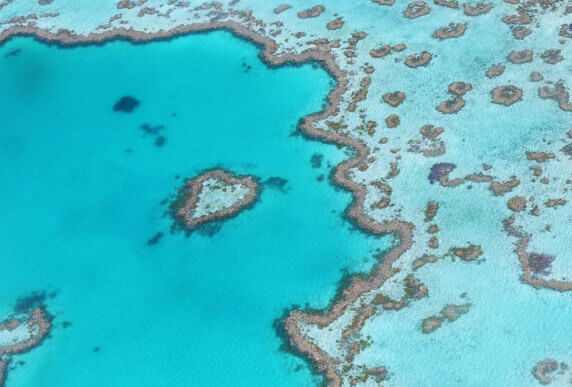 The U.S. government’s Ex-Im Bank and its director Fred Hochberg want to use over $3 billion in taxpayer monies to support two dirty fossil fuel projects inside the Great Barrier Reef World Heritage Area.

Conservation groups filed a lawsuit today challenging the U.S. Export-Import Bank’s nearly $3 billion in financing for a massive Australian fossil fuel facility in the Great Barrier Reef World Heritage Area. Construction and operation of the liquefied natural gas facility will threaten sea turtles, dugongs and many other protected marine species, as well as the Great Barrier Reef itself.

“Dirty fossil fuel facilities don’t belong in a world-famous marine sanctuary like the Great Barrier Reef,” said Sarah Uhlemann, an attorney at the Center for Biological Diversity. “This liquefied natural gas project doesn’t meet U.S. standards, and we shouldn’t be subsidizing the world’s fossil fuel dependence or the destruction of a natural wonder like the Great Barrier Reef.”

The Export-Import Bank, a federal agency that funds international projects to promote U.S. exports, provided a $3 billion loan in May 2012 for the project, which will be located in Queensland, northeast Australia. The Australia Pacific LNG project will include drilling 10,000 coal-seam gas wells in interior Queensland using controversial “fracking” techniques, digging nearly 300 miles of gas pipelines and constructing a massive natural-gas processing facility and export terminal. To provide access to the new terminal, the project requires dredging the adjacent harbor and its seagrass beds. Increased tanker traffic will eventually ship the fuel across the Great Barrier Reef to ports in Asia and around the world.

“The Export-Import Bank has a sad history of funding environmental damage, but a fossil fuel project inside one of the world’s most important marine reserves is a new low. Ex-Im Bank should focus on renewable energy and stop worsening the world’s addiction to fossil fuels,” said Doug Norlen, policy director with Pacific Environment.

The Great Barrier Reef was given World Heritage status to preserve its remarkable natural beauty, coral reefs and rare dugong and sea turtle habitat; the new liquid natural gas plant will be located within the boundaries of the Great Barrier Reef World Heritage Area. UNESCO, the international body charged with overseeing implementation of the World Heritage Convention, issued a report in June expressing “extreme concern” over the project’s impacts on the reef. UNESCO has threatened to add the reef to the “In Danger” list, a designation made when activities of a host country or outside entities threaten a world heritage area.

The natural gas project will also harm several species protected by the U.S. Endangered Species Act, including dugongs and green and loggerhead sea turtles; it will degrade seagrass and other habitats, diminish water clarity and quality, and increase the risk of ship strikes.

“Sea turtles and dugongs are already imperiled due to the fossil fuel frenzy now underway across Australia,” said Teri Shore, program director of Turtle Island Restoration Network. “To allow oil companies to industrialize this critical nesting and feeding haven in the Great Barrier Reef will push these vulnerable marine animals ever closer to the brink.”

The lawsuit, filed in the Northern District of California, asserts violations of the U.S. Endangered Species Act and the National Historic Preservation Act, which implements U.S. obligations under the World Heritage Convention. The case raises the unresolved legal issue of whether the Endangered Species Act applies to U.S. agency actions taken outside of U.S. borders.