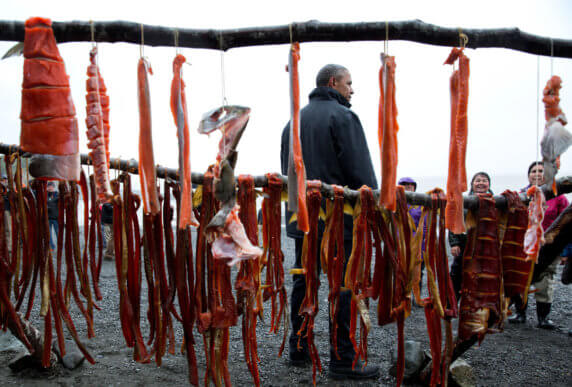 This letter comes after Shell Oil’s long series of accidents, near-misses and reversals in its Arctic Ocean program. Interior Secretary Salazar announced this week that Shell’s program and his agency’s approvals of it would be subject to rigorous investigation, while recognizing the inherently dangerous operating conditions in the Arctic. Additionally, the U.S. Coast Guard is working with the National Transportation Safety Board on its own investigation into the grounding of the Kulluk. Any investigation will show that oil drilling in the Arctic Ocean cannot be conducted now in a safe and responsible manner. The following are excerpts from the letter:

“The Kulluk grounding is only the latest incident to show that Shell’s much-touted equipment, planning, and management provide no assurance against the region’s extreme elements and inevitable human missteps. Shell lost control of its other drill rig, the Noble Discoverer, in a protected harbor, and that rig’s operation is now under criminal investigation for potential safety and pollution violations. According to Shell’s supporters, the company developed the best Arctic drilling program ever crafted, but it nevertheless has had severe problems at every stage – from vessel construction to deployment, drilling operations, and transit.

Suspending Arctic oil and gas activities will provide the time to carefully reassess whether and how offshore drilling in the Arctic Ocean is possible or prudent. Ultimately, we believe that a fact-based and clear-eyed re-evaluation that takes into account Shell’s long series of accidents, near-misses, and reversals this year and last year will lead inescapably to the conclusion that oil drilling in the Arctic Ocean cannot be conducted in a safe and responsible manner. Drilling in such a dangerous place will not affect the price of fuel at the pump and makes even less sense when the climate impacts are factored in. To fulfill the President’s commitment to address climate change, we should be fostering clean energy and efficiency, not drilling in extreme, sensitive and special areas like America’s Arctic Ocean.”