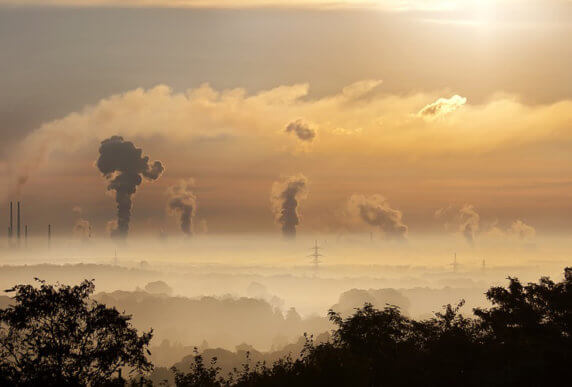 In July, the Export-Import Bank denied financing for a heavily polluting coal power plant in Vietnam.

Finally, in August, Pacific Environment joined six other environmental groups in a lawsuit against the Export-Import Bank’s financing of coal exports from Appalachia. Exporting coal is a practice that causes severe damage to the environment and to human health.

The U.S. curb on financing for coal plants abroad and the aforementioned lawsuit are important milestones for Pacific Environment and the other environmental groups involved, and cause for celebration. For years we have fought shoulder to shoulder to end financing of harmful coal projects by the Export-Import Bank, including the agency’s $805 million in financing for the enormous Kusile coal power plant and mine in South Africa in 2011, and $917 in financing of the Sasan coal power plant and mine in India in 2010. Kusile and Sasan will emit a combined 56.9 million tons of CO2 per year into the atmosphere, while spewing local air pollution that will worsen health problems in local communities which, according to Physicians for Social Responsibility, includes respiratory and cardiopulmonary disease and cancer deaths.  The 3,690 megawatt  Sasan and 4,800 Kusile coal power plants compare  to an average 500 megawatt coal plant in the U.S.

What’s more, according to World Resources Institute assessment, the World Bank and U.S. Export-Import Bank were respectively the second and fourth largest sources of public finance for coal projects abroad. Their commitment to end financing for coal plants abroad sends a ripple through the rest of the international public and private finance community.

But are the exceptions to the President’s ban big enough to drive a coal train through?  That remains an open question, because detailed implementation plans have not been completed. It is too bad that this remains an outstanding question—and a potential Achilles heel of these plans—since the exemptions aren’t necessary or feasible in the first place.

One of the exceptions is for coal plants that employ carbon capture and sequestration technologies (CCS).  CCS is an experimental technology intended to capture CO2 from coal and other heavy carbon-emitting projects and to inject it deep underground. As Greenpeace and others have shown, the extensive process to capture, transport, compress and inject CO2 can dramatically increase the price of a coal plant, making it uncompetitive with alternatives. In any case, CCS remains financially and technologically risky and unproven at scale, and thus cannot deliver significant CO2 reductions in time to play a role in the effort of keeping the global temperature increase below 2o Celsius.

A second exemption in the President’s ban is for situations in the world’s poorest countries in which the most efficient coal technology available is deployed and where no other economically feasible alternative exists. Yet, the International Energy Agency has found that due to the high cost of energy grid extension in poor countries, mini-grid and off-grid renewable energy solutions are now the most economically feasible means to bring energy to the majority of people that lack energy access. If the cheapest way to bring energy access to the world’s poorest people is with clean-distributed, renewable energy, why should poor countries pay more for polluting coal technologies?  What’s more, when other factors, including the harmful health impacts of coal combustion are factored in, coal power is still more expensive.

Nonetheless, in the world of environmental finance, the President’s partial ban on coal plants abroad represents a big shift in U.S. climate change policy—one which recognizes that public financing for climate-damaging activities can, in fact, be stopped.

Here’s to hoping fall brings even more victories than the summer.