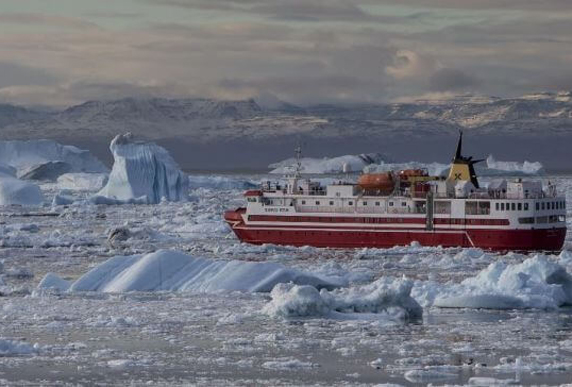 Many ships traveling through Arctic waters are powered by the world’s dirtiest, most dangerous oil. A spill would devastate wildlife like whales, seals, walrus, and seabirds.

Good news this afternoon in London: The International Maritime Organization’s (IMO’s) marine environment protection committee just approved our coalition’s proposal to deal with the issue of dangerous heavy fuel oil in the Arctic.

This means there will now be international rulemaking to mitigate risks of heavy fuel oil and, hopefully, phase out this dangerous oil in the Arctic. The potential reduction of spill and black carbon impacts would be profound.

To think of how much we were in the wilderness on this issue during the Polar Code debate just a couple of years ago when IMO country delegations rejected consideration of the issue and seeing where we are now is amazing.

I attribute our success to the pressure we brought to bear last year with the U.S. via the Obama and Trudeau administrations, our continued work to cultivate new country delegations, and our vigilant and hardworking international coalition, the Clean Arctic Alliance, which Pacific Environment helped form last year.

In addition, several country delegations cited the words of our indigenous participants (who we brought to this IMO meeting and the last one) as grounds for dealing with heavy fuel oil.

Negotiations will begin at the next marine environment protection committee in April 2018. Yes, IMO is the United Nations and things take time—but this is actually fast for the IMO.

While we have our work cut out for us, we have a strong coalition and a plan to ultimately ensure that heavy fuel oil will be regulated to protect the Arctic.