The True Cost of Oil Spills 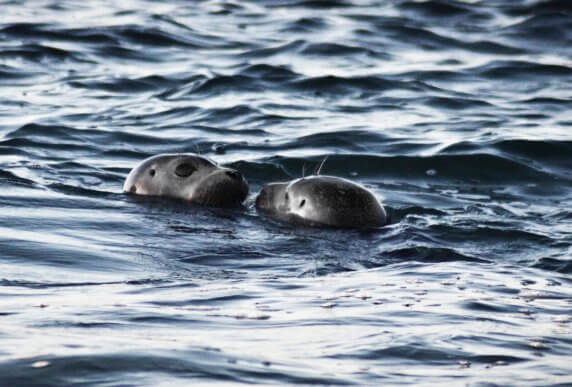 The Arctic hosts one of the world’s most productive and most pristine marine environments.  An oil spill of heavy fuel oil, which could devastate this fragile world and destroy food sources for arctic communities, is the top threat associated with increased Arctic shipping.  Heavy fuel oil is extremely toxic and slow to degrade.  Oil spill response in the remote Arctic is virtually non-existent.

Last summer’s grounding of the Champion Ebony off Nunivak Island in the Bering Sea is a stark reminder that much remains to be done to safeguard the Arctic and coastal communities from the risks associated with shipping in remote Arctic waters. This tanker had over 14 million gallons of petroleum products on board. If spilled, they could have devastated local resources.  The local community would have been on the front line of an oil spill response with virtually no infrastructure or capacity to address this disaster.  Fortunately, this time, a spill did not occur.

Studies on the long-term ecosystem impacts of the 1989 Exxon Valdez Spill found oil persisted in the area for decades.

Long-term effects of the persistent, toxic oil on the marine ecosystem included:

Arctic marine ecosystems, while seasonally abundant, have low species diversity.  Many Arctic species have slow growth rates and infrequent reproduction cycles.  Also, at times, animals and birds concentrate in open water areas in the ice which may be the same areas used by ships.  This puts concentrated numbers of wildlife at risk to a spill.

In the event of a spill, more damage can occur more quickly and with longer lasting effects than in more diverse marine ecosystems. In addition to acute impacts, such as the hypothermia and death for oiled seabirds and marine mammals, the persistence of HFO leads to a myriad of chronic impacts on affected ecosystems.

It is impossible to overstate the environmental and personal devastation of a major oil spill. Pacific Environment has brought crucial, international focus to reducing the risks of a spill in the Arctic.

-Sue Libenson, Senior Arctic Program Officer and former Exec. Dir. of the Alaska Center for the Environment during the Exxon Valdez oil spill

A review of the problems posed by spills of heavy fuel oils, by the International Tanker Owners Pollution Federation (ITOPF) concluded, “Where the impact and costs of a spill are a concern, it should be recognized that the consequences of heavy fuel oils can be more prolonged because of the persistent nature of the product.

The threat to vulnerable marine life such as seabirds as well as economically sensitive resources can therefore on occasions last longer in the event of a heavy fuel oil spill.”  Clean up costs are substantially higher as well.