Why is the U.S. Okay with Trashing the Arctic? 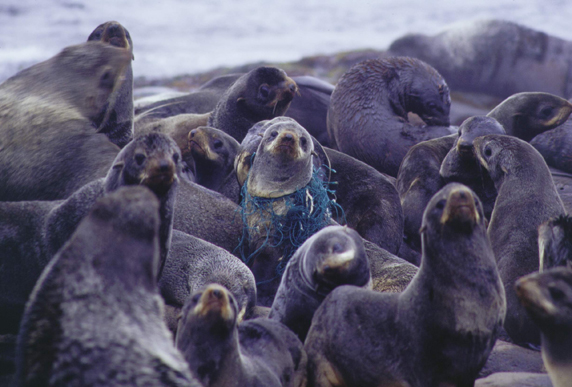 When you throw a piece of trash from your car window, or get rid of your old computer in the woods anywhere in the United States, you’re violating littering or dumping laws, and chances are that you’d have to pay a fine if caught red-handed. But when it comes to the Arctic, our representatives think it’s okay to let ships dump their garbage into pristine Arctic waters.

Pacific Environment is in a pivotal position when it comes to shaping the Arctic’s future. We are one of a handful of groups which have a special consultative status at the International Maritime Organization (IMO), the United Nations’ body that is now writing the rules for Arctic shipping (known as the Polar Code). This is a big deal because with rapidly melting sea ice, decisions need to be made immediately about how ships can operate in what are now pristine waters. These rules will have a big impact on indigenous communities and their ability to maintain their subsistence lifestyle.

Last week Pacific Environment took a leadership role at the IMO meeting in London to support a strong Polar Code. Unfortunately, our own United States delegation, led by the U.S. Coast Guard and several other agencies, opposed measures to strengthen the Polar Code.

Canada and Russia see the necessity of Arctic conservation, and currently ban ships from dumping their garbage in Arctic waters. But this ban applies only to their territorial waters – and with Arctic shipping expected to grow exponentially – they sought the international force of law to require a zero discharge from ships anywhere in the Arctic. Given that Canada and Russia have banned Arctic garbage dumping for years with no adverse consequences for shipping, we believed the ban should have been greeted with positive support from all nations.

Showing a complete lack of concern for the Arctic environment, the U.S. delegation opposed the garbage dumping ban, along with other proposals to ban the use of heavy fuel oil in the Arctic. Heavy fuel oil is a critically important issue because one major oil spill similar to the Exxon-Valdez spill could cause species extinction as well as the loss of food security for indigenous peoples. The Arctic Council, a group of eight Arctic nations working to promote sound Arctic public policy, found that heavy fuel oil is one of biggest dangers with Arctic shipping.

Pacific Environment is working hard to actively involve other conservation groups, indigenous groups, and the general public to pressure the U.S. delegation, as well as other nations, to support rules that minimize the risks of Arctic shipping while protecting indigenous interests. With solid grassroots organizing and public pressure, we are optimistic about our chances to establish the highest environmental standards for the Arctic.  We will continue to keep you posted on our progress.

More about Canada’s stance on dumping waste in Arctic waters