A Win in Our Fight Against Dangerous Oil Spill Chemicals 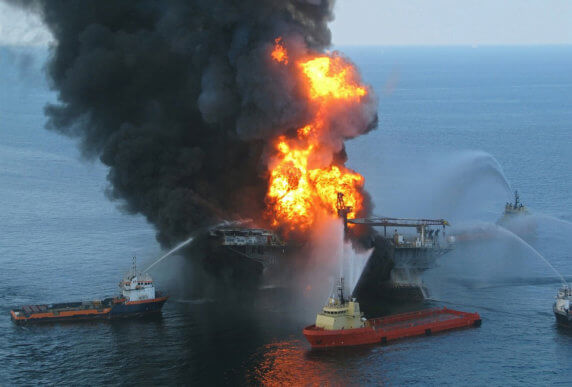 Pacific Environment often opposes poorly planned oil drilling because of the grave risk of oil spill disasters. But it turns out even the clean-up can cause ecological and human disaster.

Right now toxic chemicals can be used to clean up oil spills in U.S. waters. In the aftermath of the BP Deepwater Horizon oil spill disaster in the Gulf of Mexico, federal officials authorized the use of toxic oil-dispersing chemicals to help get rid of the oil—even though no one knew their long-term effects on marine wildlife, corals, and humans.

Oil dispersants are chemicals that break oil spills into tiny droplets to be eaten by microorganisms for faster clean up, but they also allow toxins to accumulate in the marine ecosystem.

Years after the BP Deepwater Horizon oil spill disaster, traces of the oil dispersant Corexit can still be found in the Gulf of Mexico’s coastal zone. Accumulated toxins are sickening or killing fish and corals, deforming shrimp and crabs, and harming sea turtles’ ability to breathe and digest food. People who were exposed to the oil and dispersants have complained about lasting health effects, from rashes and respiratory distress to liver and even cognitive damage.

These reported effects of Corexit clearly show that we need to pressure the federal government to consider the impact of oil-dispersing chemicals on human and marine life before authorizing its continued use.

That’s why, together with our allies Center for Biological Diversity and Surfrider Foundation, we asked a California court to order the Environmental Protection Agency and the U.S. Coast Guard to demonstrate that the use of toxic oil-dispersing chemicals is safe for vulnerable species like whales, sea turtles, and other wildlife protected under the Endangered Species Act.

As a result of our court action, the federal government now has to analyze the effects of approving the California Dispersants Plan—which authorizes the use of oil dispersants in the event of a spill in California coastal waters—to determine whether these toxic chemicals would harm endangered wildlife.

Ultimately, we need a ban on the use of toxic dispersants in oil spill clean-up. Still, this win is an important step toward ensuring that we don’t endanger human health and inflict additional damage on marine ecosystems and wildlife in the event of another oil spill disaster in American waters.

Watch these video testimonials to find out more about the health problems caused by the BP oil disaster.