The Real Heroes of Paris 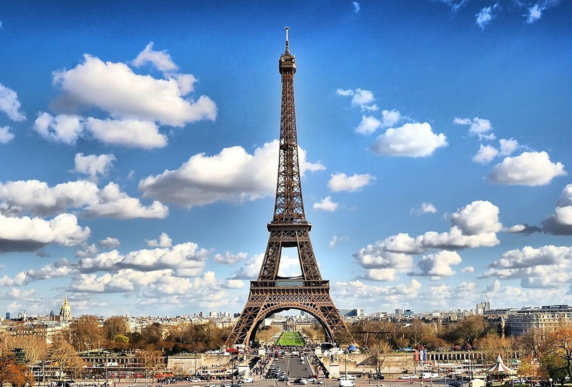 About two months ago, I ran into an old neighbor—I’ll call him Jim—and he got really excited when he heard I was going to Paris. He was following the news about the upcoming Climate Summit, and he was worried. He feared nothing would get done, that the world’s leaders would dither and argue and not meaningfully address the crisis of climate change.

Jim cares. He wrote a check that week to help underwrite my team’s trip.

We came to Paris to screen documentaries from six different countries, each telling the story of people harmed by nearby coal use. We wanted to help bring forward these local voices to be heard by the international negotiators.

I’ve been thinking about what I can tell Jim about these Paris talks. Should he have reason for hope? Were his fears confirmed?

And, I think the answer may surprise him.

I’ll start by telling him about the sense of optimism that pervades the talks this week. A formal international agreement will likely be reached, and the agreement—however flawed and incomplete—will generate momentum and send an important signal to markets and energy companies, scientists and religious leaders, nations and their citizens, all of us really, that the world is ready and serious to move beyond fossil fuels to a clean energy economy.

But, the real story of Paris has truly been the transcendent power of an increasingly massive, diverse, and global climate activism. This activism goes well beyond the environmental movement, which is indeed here in force. It includes a massive showing by city mayors, states and provinces, CEOs, ocean scientists, climate economists, writers and filmmakers, college students and school children, health experts and activists, radicals and militant moderates.

These folks didn’t just show up these two weeks. They’ve been working for years, with accelerating success the past 5-10 years. They are the story of Paris. They created the momentum that the world leaders at Paris are building upon, and they will be the frontrunners, post-Paris, in fighting to accelerate the world’s clean energy transformation quickly enough to keep us below a temperature rise of 2 degrees Celsius (3.6 degrees Fahrenheit).

To give a taste of what it is like to be here:

Yesterday on the street I ran into author and co-founder of 350.org, Bill McKibben, and he was talking with respected indigenous leader Princess Lucaj who fights on behalf of rapidly transforming Arctic communities.

A few days earlier, I heard a scientist from the low-lying island of Palau speak of the need for action now, not later, to help all low-lying islands contend with disappearing villages and sinking coastlines.

Describing her movie at our film festival, Filipina lawyer Krizna Gomez spoke of the ambivalence of those who make a living from coal but knew it was harming them and their children.

Russian activist filmmaker Vladimir Slivyak acknowledged the challenge to confronting coal in Russia today, but argued that there was no choice: “It must be done.”

California Governor Jerry Brown is here to sign agreements with other “subnational” states and provinces from around the world that want to act faster than their national governments. California officials tell me that the formal subnational coalition helps them share information and make faster progress in reducing greenhouse gas pollution from cars and coal plants while growing their solar and wind replacements.

So here it is:

The story of Paris is that the civil society hungry to address climate change has become massive, sophisticated, focused, and more assured of its ultimate success. The challenge is to succeed quickly enough to avoid most of the loss and damage.

So, the story of Paris is that it’s not quite as important as it looks. The agreement will be a good thing, a necessary thing, but it’s not the leaders of the world who are going to save us. It’s we who have created the political momentum coming into Paris for those leaders to do the right thing, and it’s we who are going to save ourselves with our leadership in coming years.

Thank you, Jim, and I look forward to partnering with you.