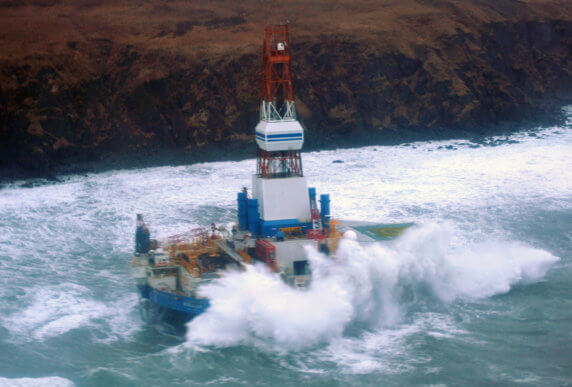 Shell ended its 2012 Arctic drilling season with a bang. On New Year’s Eve, one of its drill rigs—the Kulluk— ran aground near Kodiak Island, Alaska, in a severe winter storm while carrying 143,000 gallons of diesel fuel and 12,000 gallons of other petroleum products.

Shell’s last mishap of 2012 is only the latest in a long line of failures that clearly demonstrate Shell’s incompetence and inability to drill safely in the Arctic. Shell’s other fiascoes during the 2012 drilling season include:

The recent grounding of the Kulluk, and all the failures that have preceded it, are clear evidence that the challenges faced by Arctic drilling are too severe to allow for safe offshore oil and gas drilling.

How many accidents need to occur before everyone realizes that drilling can’t be done safely in the Arctic? The risks are simply too great to allow Shell to continue to gamble with the health of communities and the environment.