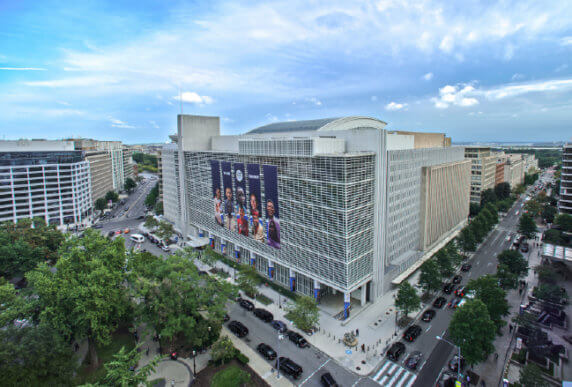 Campaigners are calling for a fundamental overhaul of World Bank lending to financial markets actors, following the publication of an Ombudsman audit.

The World Bank’s Compliance Advisor/Ombudsman (CAO) released an audit earlier this week (5) showing that the International Finance Corporation (IFC) “knows very little” about the environmental or social impacts of its financial market lending. The IFC is the World Bank’s private sector lending arm with a stated objective to ensure that any financing does not result in harm to communities and the environment.

This financial market lending is more than 40% of the IFC portfolio, valued at almost $20 billion. The CAO audit finds that for this growing part of the portfolio, the IFC conducts “no assessment of whether the [environmental and social] requirements are successful in doing no harm.”

Peter Chowla, Coordinator of the UK-based watchdog the Bretton Woods Project, said: “Either the IFC is unwilling or unable to think through the real impact of its activities on environmental sustainability, poverty and inequality.

“Despite its mission to reduce global poverty, it seems as if the IFC is choosing to remain ignorant. This report questions the basis on which the IFC is currently lending to financial institutions and whether this lending is really the best value in use of public resources.”

Oxfam’s GROW campaign lead Katia Maia said: “The CAO audit confirms Oxfam’s concerns that the IFC cannot demonstrate whether or not this lending has a positive or negative effect on poor communities.

“Clearly, the IFC should improve transparency and ensure its loans do not put poor people at risk of land grabs.”

Kris Genovese, senior attorney at the Center for International Environmental Law in Washington D.C. said: “The IFC’s response to these alarming findings is shameful and only succeeds in missing the point. The fact that many projects technically meet IFC policies ignores the finding that the policies themselves are fundamentally and fatally flawed. A serious response from the IFC would have included a commitment to review its approach to lending to the financial market. It is time for the IFC to acknowledge that it must ensure that the results of its lending respect human rights and protect the environment.”

“World Bank President Kim has committed that the safeguard policies will not be diluted during the Bank’s ongoing policy review,” said Stephanie Fried, Executive Director of the Ulu Foundation. “The CAO audit shows that the World Bank must not adopt the IFC model, which would result in a substantial dilution. Spreading the IFC culture of client self-monitoring, self-assessment and astonishing lack of oversight to the World Bank would leave communities and the environment vulnerable to harm.”

“The CAO audit also indicates that contrary to IFC’s assertions of global leadership in sustainability, its policies are not industry best practice. Just because IFC’s policies are widely adopted doesn’t mean that they are the best,” said Doug Norlen, Policy Director of Pacific Environment. “The U.S. Overseas Private Investment Corporation and the Asian Development Bank have closed some of the loopholes in financial intermediary policies that IFC still uses and abuses. IFC’s claim to global leadership is taking a self-inflicted beating.”

•     The CAO is the independent accountability mechanism for the World Bank’s private sector lending arm.

•     The CAO audit, along with the IFC response is available at: http://www.cao-ombudsman.org/newsroom/index.html

•     The International Finance Corporation is one of the arms of the World Bank Group, headquartered in Washington DC. It lends to or invests in private companies. In its most recent fiscal year, it commitment to more than $15 billion worth of investments and loans in developing countries.

•     The World Bank has recently launched a review of its social and environmental safeguards and has been considering using the IFC as a model for the World Bank’s revised safeguards.