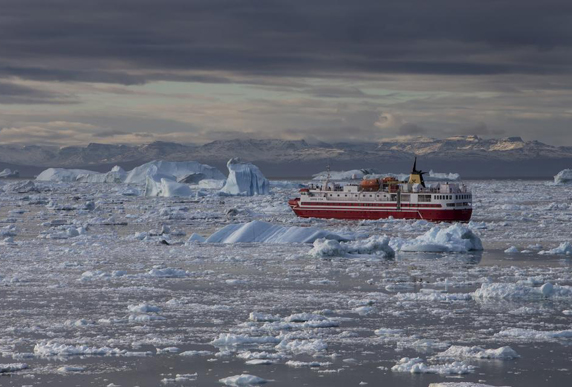 HFO is the dirtiest of all fuel types and, in the event of a spill, is virtually impossible to clean up. It also produces higher levels of air and climate pollutants than other marine fuels.

Washington D.C., April 18th, 2017:- A report published today by the International Council on Clean Transportation (ICCT), Alternatives to heavy fuel oil use in the Arctic: Economic and environmental tradeoffs finds that using heavy fuel oil in Arctic shipping creates such great risks compared to the cost of moving to safer fuels, that transitioning to these safer fuels is the only rational action for Arctic ship operators.

The report, commissioned by the European Climate Foundation, a member of the Clean Arctic Alliance, finds that the Arctic shipping fleet would achieve significant financial and environmental benefits if it moves from the use of heavy fuel oil to alternatives such as LNG or distillates between 2020 and 2025.

Heavy fuel oil (HFO) is referred to as a “residual fuel” because it is the leftover residues from the crude oil refining process.  HFO is tar-like sludge that breaks down extremely slowly in cold Arctic waters and is close to impossible to clean up in the event of a spill. While HFO powers 44% of the ships currently operating in the Arctic, it accounts for more than 75% of the fuel onboard those ships, according to ICCT figures [1].

The report compares the economic and environmental trade-offs of switching from HFO to distillate or liquefied natural gas (LNG) for ships in the Arctic, following recent concerns that the transition to low-sulphur fuels, distillates, or LNG will be more costly than continuing to use HFO. LNG is less expensive than HFO and evaporates if spilled, but ships must undergo conversion to use LNG, which requires substantial capital investment. The price of distillate fuel is higher than HFO but it is less expensive to clean up in the event of a spill.

“HFO may be cheap, but it’s seven times more expensive to clean up than distillate fuel. It seems prudent, therefore, to seriously consider eliminating HFO in the Arctic,” said report co-author Bryan Comer, a Researcher for the International Council on Clean Transportation’s Marine Program. “The takeaway is that any short-term financial benefits of burning HFO in Arctic waters is completely outweighed by the economic and ecological risks of using it.”

In addition, the report also discusses the ecological and societal benefits of switching from HFO or residual fuel blends to alternative fuels, which would include reduced air emissions that contribute to human induced climate warming, including black carbon.

The report’s authors conclude that “prohibiting the use and carriage of HFO… offers a short-term solution that immediately reduces the risks associated with the use and carriage of HFO as a marine fuel.” In addition, they estimate the cost to eliminate the use of HFO or any residual fuel whatsoever in the Arctic by the year 2020 and beyond are only about $10 million [across the entire fleet]; compare that to the costs of cleaning up an HFO spill — costs that have routinely exceeded $100 million per incident.

The costs of marine spills, depending on cause and extent, are generally paid for by the ship’s insurers, P&I Clubs (Protection and indemnity insurance) or Liability Conventions. The funds are provided by the ship’s owners, and cargo owners.

“Moves to mitigate the risks of using HFO in the Arctic will be on the table at this July’s gathering of the IMO’s Marine Environment Protection Committee”, said Dr Sian Prior, Lead Advisor to the Clean Arctic Alliance. “The shipping industry still has time to get ahead of the game, and start switching to cleaner fuels, before a complete ban is put in place.”

Download the Report
Alternatives to heavy fuel oil use in the Arctic: Economic and environmental tradeoffs can be downloaded from the ICCT website:

The International Council on Clean Transportation is an independent nonprofit organization founded to provide first-rate, unbiased research and technical and scientific analysis to environmental regulators. Our mission is to improve the environmental performance and energy efficiency of road, marine, and air transportation, in order to benefit public health and mitigate climate change.

The Arctic Commitment:
On January 25th 2017, expedition cruise ship operator Hurtigruten and the Clean Arctic Alliance signed the Arctic Commitment, which challenges businesses and organisations to step forward and call on the International Maritime Organization to implement a phase-out of polluting heavy fuel oil (HFO) from Arctic shipping by 2020.