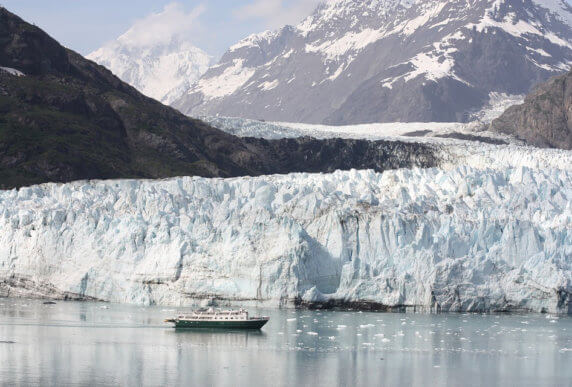 London, July 7, 2017:- As the International Maritime Organization’s (IMO) Marine Environment Protection Committee (MEPC 71) concluded  today, the Clean Arctic Alliance welcomed the support from Member States for a proposal to identify measures which will mitigate the risks posed by the use of heavy fuel oil (HFO) in Arctic waters, and called on the IMO to work towards a swift conclusion of the work. (1)

The proposal, Measures to Reduce Risks of Use and Carriage of Heavy Fuel Oil as Fuel by Ships in Arctic Waters was proposed by Canada, Finland, Germany, Iceland, the Netherlands, Norway and the US, and supported this week by the Czech Republic, Denmark, Estonia, France, Poland, Singapore, Spain and Sweden. Concrete proposals for measures to reduce the risks of HFO will now be considered by MEPC 72 in April 2018. (2)

“The Clean Arctic Alliance welcomes the recognition by IMO Member States of the risks posed by an HFO spill to local indigenous communities and to the environment, and the broad support from members towards providing the protection required in vulnerable Arctic waters. ”, said Dr Sian Prior, Lead Advisor to the Clean Arctic Alliance, a coalition of international non-governmental organisations working for an Arctic phase-out of HFO. “With the Arctic warming at an unprecedented rate, it is imperative that the IMO starts work on developing new measures, including a ban on HFO use in the region, without delay.”

Heavy fuel oil is a dirty and polluting fossil fuel that powers ships throughout our seas and oceans. Around 75% of marine fuel currently carried in the Arctic is HFO; over half by vessels flagged to non-Arctic states – countries that have little if any connection to the Arctic.

Already banned in Antarctic waters, if HFO is spilled in the colder waters of the Arctic, it breaks down slowly, with long-term devastating effects on both livelihoods and ecosystems. HFO is also a higher source of harmful emissions of air pollutants, such as sulphur oxide, nitrogen oxide and particulate matter, including black carbon, than alternative fuels such as distillate fuel and liquid natural gas (LNG). When emitted and deposited on Arctic snow or ice, the climate warming effect of black carbon is up to five times more than when emitted at lower latitudes, such as in the tropics. (3)

“Earlier this year, the Arctic sea ice hit a new record – the lowest amount of winter ice since records began, 38 years ago. As this opens up potential for more ship traffic to use the shorter Arctic sea routes to transport cargoes between south-east Asia and Europe, it is vital that the IMO immediately begins working on measures for HFO risk mitigation in the Arctic. Not only will this ensure the adoption and implementation of the highest standards for shipping, it will also help protect the livelihoods of people living in the Arctic, marine wildlife and the ecosystems on which they both depend from the impacts of HFO spills”, concluded Prior.

A number of shipping organisations, including expedition tour operator Hurtigruten, Danish Shipping (Danske Rederier) and the Norwegian Shipowners Association (Norges Rederiforbund) have already called for a ban on the use of heavy fuel oil in the Arctic.

“Hurtigruten welcomes any steps towards a ban of heavy fuel oil in the Arctic. It is a huge paradox that the lack of regulations allows shipping companies to bring more pollution, more emissions and intolerable risks to a region that needs less”, said Hurtigruten CEO Daniel Skjeldam.

“We believe the shipping industry should unite in promoting regulations that will secure sustainable Arctic growth. An important measure is to stop the use of HFO, and not wait until a ban comes into effect”, Skjeldam added.

“The Polar Code encourages ships not to use HFO in the Arctic. Danish Shipping prefers that the recommendation becomes a regulatory requirement as we support a ban on HFO as fuel. It is crucial that a future ban applies to all ships operating in the Arctic independent of their flag. Therefore such a ban should be adopted by IMO. We need to find a balance between economic development and environmental safety and we therefore support initiatives that minimizes the risk of oil spill”, said director Maria Bruun Skipper from Danish Shipping.

The following not-for-profit organisations form the Clean Arctic Alliance, which is committed to achieving the phase-out of HFO as marine fuel in the Arctic:

On January 25th 2017, expedition cruise ship operator Hurtigruten and the Clean Arctic Alliance signed the Arctic Commitment, which challenges businesses and organisations to step forward and call on the International Maritime Organization to implement a phase-out of polluting heavy fuel oil (HFO) from Arctic shipping by 2020.