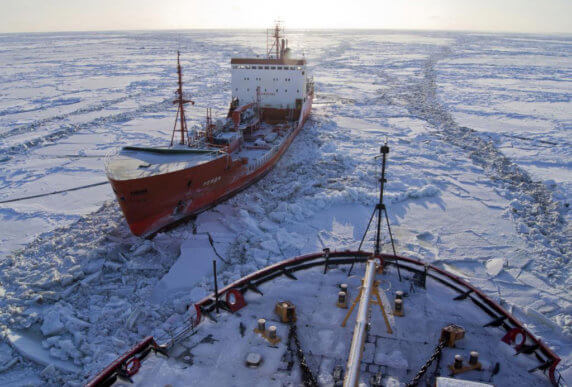 London, February 22, 2019 – As a meeting of the International Maritime Organization’s (IMO) Sub-Committee on Pollution Prevention and Response (PPR 6) closes today in London, the Clean Arctic Alliance welcomed progress but calls on Arctic Nations Russia and Canada to step-up to their responsibilities by adding their support for a ban on heavy fuel oil (HFO) from use by Arctic shipping, and for Finland, Sweden, Norway, Denmark, Iceland and the United States, who already support the ban, to remain focused on ensuring it is adopted in 2021, and phased in by 2023.

“Earlier this week, the IMO Secretary General stressed the urgency of the International Maritime Organization taking robust action to reduce the risks to the Arctic marine environment from the use and carriage of heavy fuel oil as fuel by shipping”, said Dr Sian Prior, Lead Advisor to the Clean Arctic Alliance [1]. “With the countdown to a ban on HFO use and carriage as fuel by Arctic shipping now ticking away, the Clean Arctic Alliance welcomes the progress made this week at PPR 6. Today, we are one-step closer to improving the protection of the Arctic, its people and wildlife.”

During PPR 6, IMO Member States finalized a methodology for assessing the impact of a HFO ban on Arctic ecosystems, Indigenous local communities and economies, and commenced the work needed to define what types of fuel will be banned and how they will be banned. As well as considering how to reduce the risks of HFO in the Arctic, PPR 6 also addressed black carbon emissions from shipping that impact the Arctic, and finalized a list of ways that emissions, which are produced by burning oil-based fuels, including HFO, can be reduced. There was, however, no prioritization of the most effective measures, and further consideration of emissions of black carbon will now be discussed at MEPC74 in May 2019.

In addition to the usual country delegates, industry and environmental observers, PPR 6 also heard from the voices of representatives of Indigenous Arctic communities who would be most directly affected by a spill of HFO, and also by any increases in costs as a result of a HFO ban.

“With more than 50% of the daily Inuit diet coming from the land and sea, the value of a clean environment and sea ice cover is immeasurable. A HFO spill in the Arctic would put these Indigenous and local community values at significant risk”, said Lisa Koperqualuk, Vice-President of Inuit Circumpolar Council Canada (ICC Canada). “Inuit communities are much more at risk from food insecurity compared to the rest of the Canadian population; transportation costs are high, and most supplies, including food, comes by the annual sealift.” [2]

During PPR 6, Ms. Koperqualuk delivered a presentation pointing out that Inuit regions are supportive of a ban on the use of HFOs in Arctic waters. This is consistent with the July, 2018 ICC Utqiaġvik Declaration, Article 18, that directs ICC to: “advocate for the enforcement of the IMO Polar Code, other international and national regulations, advance emergency response, and phase out heavy fuel oil (HFO) in order to minimize impacts on marine mammals and fish and to prevent disruption of seasonal hunting, and for safety and environmental protection.” Koperqualuk noted, “This must be done without putting undue cost or burden on our communities.” [3]

“There is still much work to be done”, said Prior, “before the Arctic ecosystem and Indigenous local communities are afforded the same level of protection as Antarctic waters from the risks of heavy fuel oil. It is imperative that when the PPR Sub-Committee meets again in early 2020, it finalizes the development of a new regulation to ban HFO use and carriage as fuel in the Arctic”.

[3] Utqiaġvik Declaration, July 2018, As declared by the Inuit of Alaska, Canada, Greenland, and Chukotka (page 4)