Nearly half of Carnival’s ships travel near, through critical habitat for walrus, orcas, other whales while burning one of world’s dirtiest fossil fuels 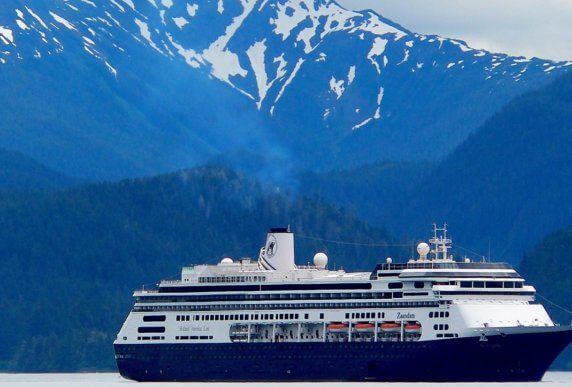 The MS Zaandam, operated by Holland America, a Carnival Corporation subsidiary, photographed with a plume near Sitka, Alaska.

SAN FRANCISCO — A groundbreaking new interactive map released today by the international Clean Up Carnival coalition shows that nearly half of Carnival Corporation cruise ships traveling through the Arctic and Subarctic pass near or through critical habitats for marine mammals including orca, walrus, and bowhead, narwhal, and beluga whales.

The map details information on ship names, ship routes, the amount of heavy fuel oil carried onboard, the amount of heavy fuel oil burned in the Arctic and Subarctic, and CO2 and black carbon emissions for all Carnival Corporation ships that traveled from 50 degrees latitude and north in 2017. The map also shows historical data on oil spills from across the shipping sector (tankers, tugs, etc.) including vessel name, fuel type, and spill amount.

The Clean Up Carnival coalition is calling on Carnival Corporation — the world’s largest cruise operator — to stop carrying and using heavy fuel oil on ships traveling to the Arctic and Subarctic. A spill of this thick, residual oil in this fragile marine environment would be nearly impossible to clean up. In addition, black carbon emissions from the combustion of heavy fuel oil accelerate sea ice melt and contribute to global sea level rise.

The British Columbia coast is home to the threatened Northern Resident Killer Whales and critically endangered Southern Resident Killer Whales. Narwhal whales and two populations of bowhead whales are currently being considered for listing under Canada’s Species at Risk Act (SARA). The Cook Inlet species of beluga whales is listed as endangered under the U.S. Endangered Species Act.

“Marine ecology does not follow human-created boundaries, and unfortunately, neither does pollution. Not only could a spill of heavy fuel oil have a long-term, detrimental impact on the critical habitat of several Arctic marine mammals, but the black carbon emissions from cruise ships burning heavy fuel oil put the fragile ecosystems of the Arctic and Subarctic at serious risk,” said Kendra Ulrich, Senior Shipping Campaigner at Stand.earth.

“This map is groundbreaking and will educate and empower indigenous communities who are most affected by Carnival’s pollution in the Arctic. They have lived in the region for thousands of years, still rely on a healthy environment and abundant wildlife, and have to live with Carnival’s reckless ecological decisions. They now have a tool to monitor Carnival to help protect their livelihoods,” said Verner Wilson III, Senior Oceans Campaigner at Friends of the Earth US.

“This map shows just how many Carnival Corporation cruise ships are sailing the coastal Subarctic waters in Europe and specifically along the coast of Norway, which includes UNESCO world heritage sites. Although not defined as IMO Arctic, nonetheless these areas are sites of vulnerable ecology, nature and heritage which deserves protection,” said Dr Lucy Gilliam, Aviation & Shipping Officer at Transport & Environment.

The map findings include:

The 49 Carnival Corporation cruise ships included in the map:

Carnival Corporation is the largest cruise line operator in the world with over 40% of the global market share and ten brands that operate worldwide. Carnival Corporation brands that travel to the Arctic and Subarctic include Princess Cruises, Holland America, AIDA, P&O UK, Costa, and Cunard and Seabourn (which are both listed as “other” in the map).