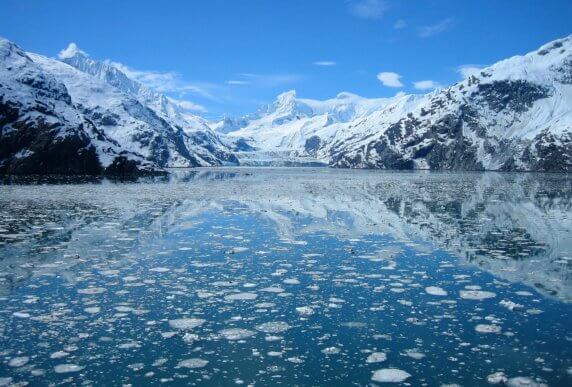 London, 13th April 2018:- The Clean Arctic Alliance applauded progress by International Maritime Organization member states today towards banning use of the world’s dirtiest fuel – heavy fuel oil – from Arctic shipping, and called for Member States to make every effort to adopt and rapidly implement a ban by 2021, as proposed by eight IMO Member States and supported by other countries during the meeting.

“Thanks to inspired and motivated action taken by a number of IMO member states to move towards a ban on heavy fuel oil, Arctic communities and ecosystems will be protected from the threat of oil spills, and the impact of black carbon emissions”, said Dr Sian Prior, lead advisor to the Clean Arctic Alliance, a coalition of 18 non-governmental organisations working to end HFO use as marine fuel in Arctic waters. “A ban is the simplest and most effective way to mitigate the risks of HFO – and now we’re calling on the IMO to ensure that this ban will be in place by 2021. Any impact assessment must inform, but not delay progression towards an Arctic HFO ban, and member states must ensure that Arctic communities are not burdened with any costs associated with such a ban”, she continued.

The strongly-worded proposal to ban HFO as shipping fuel from Arctic waters was co-sponsored by Finland, Germany, Iceland, Netherlands, New Zealand, Norway, Sweden and the US [2]. The proposal for a ban, along with a proposal to assess the impact of such a ban on Arctic communities from Canada, was supported by Australia, Belgium, Czech Republic, Denmark, Estonia, France, Ireland, Japan, the League of Arab States, Poland, Portugal, Spain, Switzerland, and the UK. Support from Denmark is particularly notable as it is the sixth Arctic nation to support the ban.

“With Denmark the sixth Arctic nation to back a ban on HFO from Arctic Shipping, the green alliance of Arctic nations have sent a clear message to the IMO” said Kåre Press-Kristensen, senior advisor in the Danish Ecological Council. “With both the Danish government and the Danish shipping industry united to ban HFO, we hope to gain further international support for the ban from more nations and progressive parts of the shipping industry. Next step will be to engage Greenland further in planning and preparing for the ban.”

Alaskan Verner Wilson, Senior Oceans Campaigner for Friends of the Earth US, a member of Curyung Tribal Council, with Yupik family roots in the Bering Strait region between Russia and the US said:

“I am grateful that IMO has advanced a ban on HFO to help protect Arctic communities and our traditional way of life. For thousands of years we have relied on our pristine waters and wildlife – and now the IMO has taken this important step to help protect our people and environment.”

Despite the shipping sector contributing to discussions supporting consideration of mitigation measures other than a ban during MEPC72, there is widespread support from within the industry, such as the Association of Arctic Expedition Cruise Operators (AECO) – one of its members, expedition operator Hurtigruten made a clear call for an Arctic HFO ban during a Clean Arctic Alliance side event during MEPC. The Norwegian Shipowners Association and icebreaker company Arctia have also expressed support.

Tor Christian Sletner, head of environment, research and innovation at the Norwegian Shipowners’ Association was quoted by Politico as saying:

“Let me put it this way: An oil stain on the back of a female polar bear would be a disaster for the world, for the Arctic, for shipping, for everything…We know heavy fuel oil is very hard to pick up, we know that in this environment, with ice-infested waters, with darkness, with heavy cold, with long distances, accidents with a ship spilling heavy fuel oil in the water is very serious.” [3]

Heavy fuel oil is a dirty and polluting fossil fuel that powers ships throughout our seas and oceans – accounting for 80% of marine fuel used worldwide. Climate change is fuelling high winter temperatures and driving sea ice melt, opening up Arctic waters to shipping. As the sea ice recedes, larger, non-Arctic state-flagged vessels running on HFO are likely to divert to Arctic waters in search of shorter journey times. This, combined with an increase in Arctic state-flagged vessels targeting previously non-accessible resources, will greatly increase the risks of HFO spills.

Around 75% of marine fuel currently carried in the Arctic is HFO; over half by vessels flagged to non-Arctic states – countries that have little if any connection to the Arctic (See also: Five briefing papers on the use of heavy fuel oil in the Arctic).

Already banned in Antarctic waters, if HFO is spilled in cold polar waters, it breaks down slowly, proving almost impossible to clean up. A HFO spill would have long-term devastating effects on Arctic indigenous communities, livelihoods and the marine ecosystems they depend upon. HFO is also a greater source of harmful emissions of air pollutants, such as sulphur oxide, and particulate matter, including black carbon, than alternative fuels such as distillate fuel and liquefied natural gas (LNG). When emitted and deposited on Arctic snow or ice, the climate warming effect of black carbon is up to five times more than when emitted at lower latitudes, such as in the tropics.

Today’s agreement followed agreement made in July 2017 for MEPC to consider “development of measures to reduce risks of use and carriage of heavy fuel oil as fuel by ships in Arctic waters”. The Clean Arctic Alliance welcomed this move, stating that a ban on the use and carriage as fuel by ships operating in the Arctic is the simplest and most effective way to mitigate the effects of HFO.

[1] In addition to assessing the impact of a ban on communities and developing a ban on HFO use and carriage as fuel in the Arctic, the Sub-Committee on Pollution Prevention and Response (PPR) meeting PPR 6, which will be held in February 2019 will develop a definition of HFO taking into account regulation 43 of MARPOL Annex I (the Antarctic HFO ban) and prepare a set of guidelines on mitigation measures to reduce risks of use and carriage of HFO as fuel by ships in Arctic waters.

“A single HFO spill could have devastating and lasting effects on fragile Arctic marine and coastal environments. In addition, Arctic shipping is projected to continue to rise, thus increasing the risk of a spill. For these reasons, the ban on HFO should be implemented as soon as possible, and any delay in implementation of the HFO ban by eligible ships should be short-lived… The co-sponsors propose that the implementation date of the ban be set for no later than the end of 2021.”

Pacific Environment is a founding member of the Clean Arctic Alliance.
« Prev
All Press Releases
Next »
share this