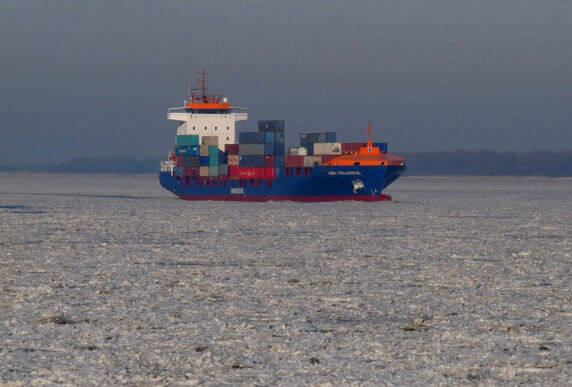 Tromsø, January 25, 2017: – A world-leading expedition cruise ship operator today joined international environmental organisations to spearhead the protection of Arctic communities and ecosystems from risks posed by the use of marine heavy fuel oil (HFO) to power ships, at the Arctic Frontiers conference in Tromsø, Norway.

CEO of Hurtigruten, Daniel Skjeldam, signed the Arctic Commitment today along with Dr Sian Prior, lead advisor to the Clean Arctic Alliance, an international coalition of environmental organisations campaigning for a ban on heavy fuel oil use in the Arctic.

“The Arctic Commitment makes a clear challenge to businesses and organisations – join us and take part in persuading the International Maritime Organization (IMO) that it must phase out the use of HFO in Arctic shipping by 2020”, said Dr Sian Prior of the Clean Arctic Alliance. “This is a real opportunity for shipping companies operating in the Arctic to show leadership, by switching from HFO before such a ban is in place”.

“The use of heavy fuel oil (HFO) has already been banned in the Antarctic, now it’s time to ban it in the Arctic as well”, said Hurtigruten CEO Daniel Skjeldam, whose company has chosen not to use heavy fuel oil in any of its ships. “The shipping industry must be frontrunners in promoting regulations that will secure sustainable Arctic growth”.

“An accident involving a mega ship and spill of heavy fuel oil in the Arctic would represent an environmental disaster”, continued Skjeldam. “If heavy fuel oil is spilled in cold Arctic waters, it will have larger consequences than anywhere else. The Arctic deserves sustainable growth and innovation, and the industry needs to move first.”

“The Arctic Commitment is a necessary step towards sustainable shipping in Arctic waters; not only will a ban on heavy fuel oil reduce the risks of spills in this vulnerable region, HFO is also a significant source of soot and particle emissions in the Arctic”, said Hallstein Havåg, Director of Policy and Research of the Bellona Foundation, a member of the Clean Arctic Alliance. “By signing up to the Arctic Commitment, Hurtigruten are showing the leadership needed within the shipping industry to end the use of HFO.”

“The debate on HFO is over – now action is needed. Banning the use of heavy fuel oil to power Arctic shipping will not only minimise the risk of spills, but will also help reduce climate-warming emissions in the region”, said Christoph Wolff, Managing Director of the European Climate Foundation, another member of the Clean Arctic Alliance. “The Clean Arctic Alliance is calling on the international community to sign up to the Arctic Commitment, so that with one voice, we can urge the IMO to phase out HFO from Arctic waters.”

While not present in Tromsø, UN Patron of the Oceans and record-breaking polar swimmer Lewis Pugh also confirmed today that he would sign the Arctic Commitment as the earliest opportunity.

The full text of the Arctic Commitment can be found here: http://www.hfofreearctic.org/en/the-arctic-commitment/

In the days and hours before the January 25th event in Tromsø, a number of more companies, and organisations stepped forward to also add their names to the Commitment. The full list of those currently pledged to sign the Arctic Commitment are:

The Arctic Frontiers side-event, Say no to HFO – Support for a Sustainable Arctic Future, hosted by the Clean Arctic Alliance members the European Climate Foundation and Bellona, and expedition cruise ship operator Hurtigruten, took place on January 25th at the Clarion Hotel The Edge in Tromsø.

Heavy fuel oil (HFO) is a viscous fossil fuel used to power ships and deliver goods all over the world. As the dirtiest and most polluting of fuels, HFO is a problem wherever it’s used, but if spilled in colder regions, such as Arctic waters, HFO breaks down even more slowly and can devastate livelihoods and ecosystems.

HFO produces harmful and significantly higher emissions of air pollutants, including sulphur oxide, nitrogen oxide, particulate matter, and black carbon (BC). When emitted and deposited on Arctic snow or ice, the climate warming effect of black carbon is at least three times more than when emitted over open ocean.

In December 2016, Canada and the US announced a joint “phase down” of HFO from their respective Arctic regions (see Clean Arctic Alliance response).  In September 2016, both countries had formally notified the International Maritime Organization that a “heavy fuel oil spill in the Arctic could cause long-term damage to the environment”.

During the IMO’s MEPC 70 meeting in October 2016, three papers addressing the HFO problem were presented, along with one on Arctic food security. In response, several Arctic countries, and in an unusual move, the IMO Secretary-General Kitack Lim, stated that they shared the concerns summarised by the papers and on the need for further consideration of the risks of HFO (see Clean Arctic Alliance response).

The Clean Arctic Alliance believes that a ban on HFO in the Arctic can be achieved by 2020 if governments and business demand action by the International Maritime Organization to ban the use of HFO. The Alliance encourages the shipping industry switch to higher quality, alternative fuels, before such a ban is in place.

Hurtigruten was established in 1893 as a local transportation and shipping service along Norway’s rugged and beautiful coastline. 125 years later, 11 custom-built expedition ships call to the 34 ports between Bergen and Kirkenes every day of the year.

With sustainability as its core value, Hurtigruten is also the world leader in expedition travel, with a growing state of the art expedition fleet sailing the waters of Arctic, Antarctica, South America, the Amazon rainforest and other unique destinations. Hurtigruten has chosen not to use heavy fuel oils in any of its ships.

The following not-for-profit organisations form the Clean Arctic Alliance, which is committed to achieving the phase out of HFO as marine fuel in the Arctic:

Pacific Environment is a founding member of the Clean Arctic Alliance.