An Open Letter to the International Maritime Organization on Ship Scrubbers 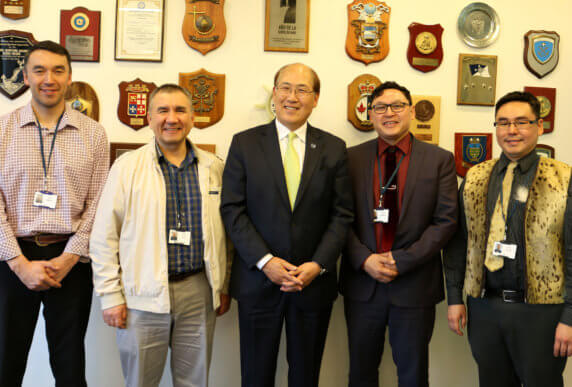 We are writing to draw your urgent attention to new information regarding the efficacy of Exhaust Gas Cleaning Systems (EGCS) to meet the standards set forth in MARPOL Annex VI, Regulation 4 for emissions reductions equivalencies. Scrubbers have been referred to as “emissions cheat” systems and for good reason. These systems effectively turn an air pollution problem into a water pollution and toxic waste problem. In light of the new information published by a U.S. federal judge in April 2019, it is clear that these systems also cannot be relied upon to deliver the air pollution reductions for which they are designed.  We urge the International Maritime Organization to place an immediate moratorium on the use of EGCS, while the Marine Environment and Protection Committee and the Pollution Prevention and Response Subcommittee continue their review of the marine and air pollution impacts of EGCS.

Regulation 4.1 states that: “The Administration may allow any fitting, material, appliance or apparatus to be fitted in a ship as an alternative to that required by this Annex if such fitting, material, appliance or apparatus is at least as effective as that required by this Annex [emphasis added]”. It is critically important when considering alternative compliance mechanisms that equivalency be measured not by whether a technology could meet regulatory standards in theory, but whether a technology delivers consistent compliance in practice. While there is much debate about the potentially harmful impacts on marine ecosystems from open-loop EGCS effluent — effectively turning air pollution to marine pollution — the most pressing concern is whether these systems are capable of delivering consistent compliance with air emission regulations as the new 2020 fuel standards draw near.

As you may be aware, Carnival Corporation & PLC, the largest actor in the global cruise sector, is currently on probation in the U.S. for seven felony violations, to which it pleaded guilty in December 2016. The terms of its probation include an Environmental Compliance Program (ECP), with independent oversight from a Third-Party Auditor and a Court Appointed Monitor (CAM). In April 2019, the U.S. federal judge overseeing the Carnival criminal case chose to publish the previously confidential First Annual Report of the CAM. Judge Seitz stated the reason for doing so was because the public had a right to this information.

The issues this report brings to light extend far beyond the practices of an individual company, as noted on pg. 45:

The CAM Team identified over thirty reported incidents on Covered [Carnival Corporation & plc] Vessels related to EGCSs during ECP Year One. Many of these incidents relate to unexpected EGCS shutdowns resulting in violations of air emission requirements. For example, the Carnival Ecstasy experienced multiple ECGS shutdowns in May, July, and October 2017 due to equipment malfunctions. See Carnival Corporation & plc HESS Weekly Flash Reports (June 23, 2017, July 27, 2017, and Oct. 18, 2017). As a result, the ship impermissibly burned heavy fuel oil in Emission Control Areas without an EGCS online.

These violations resulted from software failures, equipment malfunctions, human errors, failures to act on alarms for extended periods of time, and multiple failures in voyage planning – arguably also falling within the category of human error.

The multiple equipment malfunctions and software failures would, in isolation, cast significant doubt on EGCS to meet the required equivalency standard under Regulation 4. However, the findings of the CAM highlight the most significant problem with relying on this technology to meet regulatory standards: human error.

As with many complex systems, human error remains the greatest flaw and risk. It can be reduced, but certainly cannot be eliminated. This is clearly demonstrated by the fact that there were multiple significant failures of the EGCS to meet air emissions standards while the company in question was under the intense scrutiny of probation agreement with the U.S. federal court and the Department of Justice for felony environmental and reporting violations – a time when it would be expected that the operator would take even greater care than might otherwise be expected and would be striving for its highest levels of environmental compliance.

The scope of the failure of these systems with this one company over just the course of this one year must be taken into the broader context of industry-wide air pollution compliance. If Regulation 4 continues to recognize EGCS after 2020, there will be increasing numbers of ships operating globally with this same unreliable equipment installed – and prone to similar human and technical failures. The cumulative air pollution impacts of many ships suffering similar issues could likely have enormous human health and environmental costs.

Fortunately, a simple solution to avoid both the failures and the resulting negative impacts would be to remove EGCS as an alternative compliance mechanism in Regulation 4, and thus this option should be considered in the review.

As there is an ongoing discussion as to whether EGCS should be recognized as an acceptable air pollution equivalency, consideration of this additional information regarding the reliability of these systems is both timely and relevant. We thank you for your attention to this urgent issue.