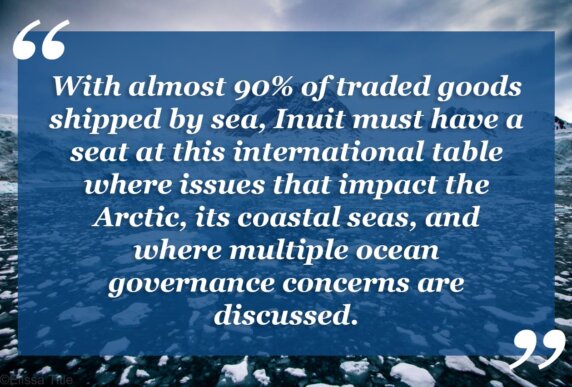 What a week. Between the world’s premier UN Climate Conference “COP26” and the global shipping crisis, Team Pacific Environment has been hard at work. What’s more, Indigenous partners just won a first-ever seat at the United Nations’ shipping body!

Now, Inuit voices and Indigenous concerns will officially have a seat at the highest levels of decision-making to protect the marine environment.

For those who have been with Pacific Environment for years, you know that supporting Indigenous communities from behind has been a key, decades-long priority. We are extremely proud to have supported ICC throughout these negotiations and are thrilled by this welcome news.