Energy Access and the True Cost of Fossil Fuel Projects 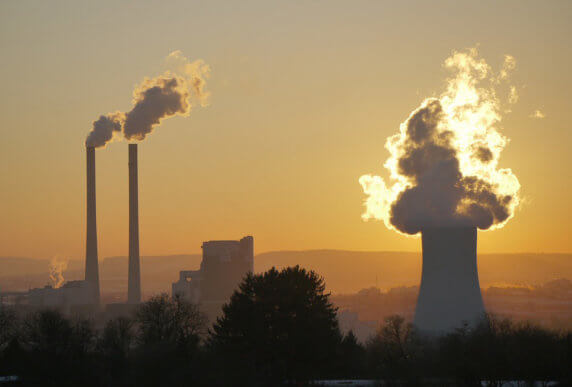 Last year President Obama launched Power Africa, an initiative to double access to power in sub-Saharan Africa, where more than two-thirds of the population is without electricity. In a parallel move, the House Foreign Affairs Committee leadership introduced the Electrify Africa Act to encourage access to electricity in sub-Saharan Africa. Since then, there has been quite a bit of debate about how federal agencies can best provide support for sustainable energy access for the region.

On February 10, in the Council on Foreign Relations’ Energy, Security and Climate blog, Michael Levi posted a thoughtful piece entitled, “Is U.S. Fossil Fuel Policy Keeping Millions Poor?” This question is critical to not only how to most effectively use overseas investment and development funds, but how to transition the energy system at the household, regional and global levels in a way that addresses the crippling problem of insufficient energy access for the global poor in an environmentally responsible way. This issue is one where we have done a considerable amount of analysis, and the results should be eye-opening to those looking largely retrospectively at the evolution of energy provision and end use technologies and policies.

In the post Levi critiques a January 2014 Center for Global Development (CGD) paper that calls for the weakening of the landmark climate and development policy of the U.S. Government’s development finance agency, the Overseas Private Investment Corporation (OPIC). This policy, which requires OPIC to reduce its fossil fuel financing and increase its renewable energy financing, has shifted the agency from providing $131 million in renewable energy projects in 2009 to now around $1 billion annually — roughly 30 percent of total agency financing — to the developing world. This transition away from fossil fuels to a renewables-intensive portfolio is consistent with both the global imperative to reduce carbon emissions, and the very pressing need that United National Secretary General Ban-ki Moon has identified as a crippling issue for the global poor: energy access.

Yet, CGD argues that a revision of OPIC’s climate policy is needed to allow more financing for gas projects, and that could somehow result in more than 60 million additional people in poor nations gaining access to electricity generated by those projects.

Levi highlights a number of key issues, and in turn makes a set of important critiques, beginning with the finding that that CGD’s analysis is based on dubious assumptions of higher finance leveraging ratios from OPIC support for natural gas projects than for renewables. He notes that:

Historical leverage ratios do not tell us that for every additional dollar OPIC spends on gas the private sector will spend four. They actually tell us nothing about how much private investment a dollar of OPIC spending will leverage, because they don’t tell us what happens at the margin, and they don’t tell us anything about causality… It’s entirely possible that public spending on natural gas projects appears to leverage more private capital than spending on renewables does simply because more private capital is already there for natural gas than for renewables.

Levi also argues that CGD’s cost estimates focus on capital costs for plant construction and omit expensive fuel costs for gas plants over time — a problem that renewable energy does not face.

In fact, the CGD memo contains a number of problematic statements that warrant further exploration, namely:

CGD bases much of its cost estimates on a 2008 Congressional Research Service (CRS) report and a 2010 Department of Energy report on U.S. power plant capital costs. However, renewable energy capital costs have plummeted throughout the world since these reports were released. For example, the 2008 CRS estimates that the average cost of installed capacity of selected solar photovoltaic projects is $6,552 per Kilowatt (or $6.55 per watt). However, a 2013 report by the Lawrence Berkeley National Laboratory and U.S. Department of Energy demonstrates that by 2012 the median cost of installed photovoltaic projects in the U.S. decreased to between $4.6 and $5.3 per watt, and costs for 2013 and beyond are expected to drop still further. In fact, using the U. S. Department of Energy’s SunShot objectives of $1/watt commercial-scale solar by 2020 (a target most analysts believe that the world will hit based on current R&D and market-based policies), we recently found that solar could reasonably provide one-third or more of the energy for much of the United States. Africa is not removed — in fact it is benefitting greatly on both energy access and price containment — from this global trend. According to a 2013 market research paper by Deutsche Bank, in South Africa solar energy for residential use is already capable of being deployed cheaper than the current price of electricity from the grid. This finding is consistent with the work of the IFC and U.S. DoE supported Lighting Africa program, which find that even in the short-term, solar beats off-grid and mini-grid based fossil fuels, a finding our own laboratory at UC Berkeley has confirmed in field-studies in East Africa, southeast Asia and Central America.1

The 2008 CRS report found that the most variable cost for fossil fuel projects is the cost of fuel, since “it takes years to build a power plant, and plants are designed to operate for decades, generation plans largely pivot on fuel price forecasts. However, fuel prices have been notoriously difficult to predict.” Also, Levi notes that in Africa the cost of using gas domestically includes forgone gas export revenues. Higher export prices compete with, and can drive up domestic prices, which can be expected in Africa as countries there seek to increases exports. This high variability and lack of predictability should be of great concern in the context of energy access, since lower income communities may likely not have the financial means to pay for fuel when costs fluctuate to high levels. Meanwhile, the CRS study states what is perhaps obvious, that fuel prices are “irrelevant to solar, geothermal and wind power.”

Renewables [in Africa] can be installed much more rapidly than conventional fossil fuel generation. Solar PV also has a natural advantage over other renewable technologies in that it can be deployed on a relatively small scale — 85 percent of survey respondents believe that solar PV’s suitability for rural, off-grid applications is a strong driver for its installation.

By comparing only the capital cost of power plants, CGD omits one of the most crucial costs associated with energy access in Africa — the cost of transmission and distribution. According to the International Energy Agency’s (IEA) report, Energy for All: Financing Access for the Poor, of people without access to electricity globally, more than 95 percent are either in sub-Saharan Africa or developing Asia and 84 percent are in rural areas. According to the IEA, due to the high cost of extending the grid to these areas, to achieve universal energy access 70 percent of these rural areas should be connected either with mini-grids or with small, stand-alone off-grid solutions, and that 90 percent of mini-grid and off-grid must be provided by renewables. According to the IEA:

Mini-grids, providing centralized generation at a local level and using a village level network, are a competitive solution in rural areas, and can allow for future demand growth, such as that from income-generating activities.

According to Baker & McKenzie, such small scale renewables “are attractive, being relatively quick and cheap to deploy relative to fossil fuels, making them suitable in areas where there is no grid connection, where they can also compete on cost with conventional energy sources.”

CGD correctly states that pollution from the current use of solid fuels used for lighting, heating, and cooking in Africa contributes to health problems including premature deaths. However, CGD omits the fact that fossil fuel power projects that it proposes also cause health problems, including cardiovascular and respiratory illness that likewise contribute to premature deaths. Additional harmful externalities from fossil fuel projects can cause damage to community resources and commons, as well as losses to agricultural productivity.

Through administration, interagency and international efforts, methodologies to calculate the economic costs of these externalities — called the social cost of carbon — are increasingly common. These methodologies attempt to estimate economic costs associated with carbon dioxide, as well as other pollutants released simultaneously, such as sulfur dioxide, particulate matter, and mercury. While the tragic human toll from this pollution is never simply monetary, the existence of social cost of carbon methodologies demonstrates that there is increasingly mainstream awareness of the economic costs that fossil fuel projects externalize to the public. The recently revised U.S. Export-Import Bank Guidelines for High Carbon Intensity Projects require that “subsidies and externalities, such as the social cost of carbon emissions, even if not quantified,” be included in obligatory assessments to determine whether economically feasible alternatives exist for proposed coal plants in the poorest countries. Environmental and developmental NGOs are urging OPIC to also include the social cost of carbon in its comparisons of all power generation options. However, CGD omits any mention of these externalities in its analysis of fossil fuel versus renewable power plant options. If the goal of increase energy access includes health and environmental considerations, these costs must be factored in.

Perhaps the most startling thing about the CGD analysis is the assumption that increased federal financing for American gas companies doing projects in Africa will result in 60 million poor people in those countries somehow gaining access to the electricity generated by those projects — despite the lack of a grid that connects them. An independent review of past energy projects at major international development financial institutions since 2008 shows an opposite result — over $28 billion to natural gas projects with zero dollars actually targeting energy access for the poor. Meanwhile, the CGD analysis provides no strategy — much less cost estimates — to ensure that access is extended. Foreign investors, seeking the highest profits possible, will naturally gravitate to projects that do not require them to absorb the cost of expensive grid extensions to poor communities. More likely, the CGD approach would result in a shift back to the old days with OPIC clients that pursue polluting centralized fossil fuel projects that will be connected to established grids or that extend to industrial zones or urban areas that can pay for higher costs of electricity — rather than distributed renewable energy projects that do not require massive grid expansion.