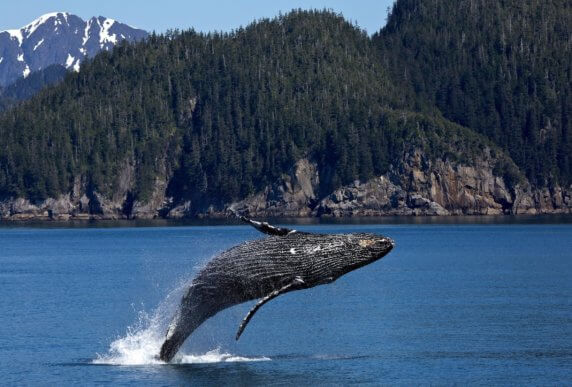 President Obama took bold action by protecting the Arctic Ocean and Atlantic coast from oil and gas drilling. His administration removed these fragile coastal waters from the list of federal waters available to big oil companies to lease for drilling for the next five years.

This is a critical moment. President-elect Trump has vowed to drill, baby, drill.

But offshore oil drilling poses an extreme threat to remote, fragile Arctic resource—and carries the risk of oil spill disasters that would be catastrophic for indigenous communities and wildlife.

Pacific Environment was among the first groups to challenge Shell Oil’s proposed drilling projects and we celebrated with our allies and supporters like you when we won.

But this success is threatened by the incoming President. Ask President Obama to permanently protect the Arctic from Big Oil before he leaves office.

President Obama was the first sitting President to visit Alaska’s Arctic, meeting with communities dependent on the sea and witnessing firsthand the rapid pace of climate change in the far north. The Arctic is warming at twice the speed of the rest of the earth and right now is an insane 36 degrees warmer than normal as winter arrives.

In making the Arctic off limits for offshore oil drilling, President Obama heeded the voices of people like you who called for special protection of this unique and globally significant region.

But President Obama needs to do more. The waters he protected need permanent protection, so President Trump cannot open them to new oil drilling.

Join us in thanking President Obama for his stewardship of the Arctic and ask him to use his authority to permanently remove Arctic waters from any future drilling.