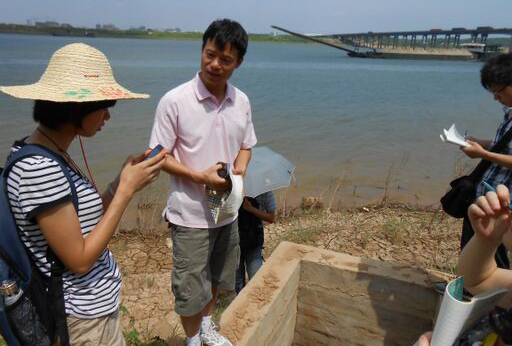 In the nation’s 13th Five-Year Plan, the leaders of China should, once and for all, enshrine the principle that protection of the public’s health and the nation’s water, air and other critical natural resources is of the same importance as economic prosperity. Creating a unified mandate – the explicit linking of economic growth with protection of the public health and environment – would be a powerful statement and symbol to the citizens of China.

To breathe life into the symbol will require sustained implementation and enforcement of the various, frequently strong, health and environmental laws China has adopted, including its recently revised Environment Law. There are many additional environmental measures that the 13th Five-Year Plan might include: a national coal cap, maximum daily pollution restrictions and strict limits on small particulate matter (PM 2.5) for all Chinese cities, for example. Ultimately, however, what is most needed to protect the public health and environment is a stronger mandate for citizen collaboration in solving the nation’s water and air-pollution problems.

To ensure enforcement, the plan should require that, once local priorities are set and planning decisions made, the public is authorized to help the government identify violators in the community and help craft solutions to remedy violations. And it should introduce stronger top-down incentives to encourage local officials to better enforce environmental and public-participation standards, as well as publicly disseminated “report cards” to hold them accountable for doing so.

To facilitate meaningful, effective citizen involvement in addressing local pollution, the 13th Five-Year Plan should require that all polluting companies (not just selected key industries) install real-time pollution monitoring equipment and release monitoring data in a manner that’s easily accessible to the public. It should also call for broad dissemination of pollution survey data compiled by the Ministry of Environmental Protection, since this is the kind of data that can currently be used in court by citizens as evidence of pollution violations. Correspondingly, the plan should emphasis that citizens and non-governmental organisations are authorised and encouraged to bring public interest environmental lawsuits against illegal polluters and that courts should hear such pollution cases in a timely manner.

To give an example of how public engagement measures can work, regional and local governments are currently working on new clean air plans called for in the 12th Five-Year Plan and the State Council Directive of September 2013. Naturally, the first iterations of these plans will fall short; they will be experimental attempts to identify how to clean up local air-pollution problems. Local communities possess a wealth of knowledge about practical solutions and the best trade-offs that must be made to maintain economic growth and improve air quality. To obtain local input, governments could host public participation events throughout their jurisdictions and invite public comments on draft local clean air plans, which would be widely circulated.

Citizen participation from the beginning would help ensure that the new plans and new policies include measures to ensure that they will actually be strongly enforced – measures such as clear pollution limits and reporting requirements for specific types of polluting factories, public access to that information and clarity about when and how individuals and civic organisations may seek court remedies if the clean air plans are not followed. With these types of measures in place, the public would be a critical ally to local government officials charged with redressing excessive pollution.

Local governments and local communities, working together, can solve China’s pressing pollution challenges. The 13th Five-Year Plan should mandate an environmental protection system that ensures that local governments collaborate fully with the public they serve.