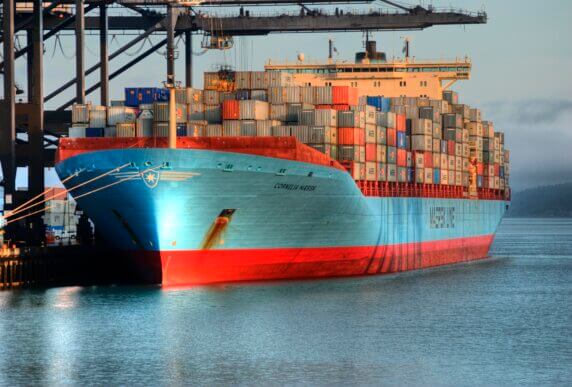 LONG BEACH, Calif. (July 11, 2022) – A.P. Moller Maersk abandoned the board of the International Chamber of Shipping citing concerns with the trade association’s position on climate change. Maersk has been on the ICS board for more than a decade. According to Reuters, Maersk said on its website, “We review our membership status once a year to ensure that the trade associations in which we are members lobby in alignment with the goals of the Paris Agreement as well as other key issues.”

“Pacific Environment commends Maersk for its initial ocean shipping climate ambitions, and honoring its commitment to the Paris Agreement. Earlier this year, Maersk announced its plans to halve climate emissions by 2030 and achieve net zero emissions by 2040. We applaud Maersk for leading the pack to get ocean ships off dirty fossil fuels, though we have concerns regarding Maersk’s leading choice of e-methanol, which is neither scalable for its full fleet nor a 100% zero-emission option. As a fuel, e-methanol emits the same amount of carbon used to produce it – meaning carbon will be emitted back into the atmosphere when these fuels are burned.”