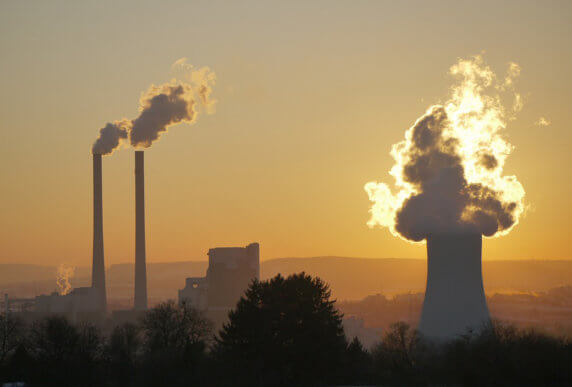 The Thai Binh II power plant in Thai Binh Province is a 1200 MW coal plant being developed by PetroVietnam. The project employs inefficient sub-critical boiler technology and will emit dangerous air pollution that will negatively affect the health of  nearby residents. The US Exim Bank’s decision to reject the plant reinforces President Obama’s decision to halt funding for dirty coal plants overseas except for rare cases employing the most efficient technologies in the poorest countries.

“We applaud the US Export-Import Bank for rejecting this coal plant. The United States government should not be subsidizing the construction of dirty, dangerous coal plants abroad. The Vietnamese people deserve better than to suffer from the health and environmental costs of a dirty and outdated coal project such as Thai Binh II. We hope that the US President’s commitment will turn into greater support for energy efficiency and clean, renewable sources of energy in countries such as Vietnam,” said Doug Norlen, Policy Director of Pacific Environment.

The Vietnamese government is planning the construction of more than 28 new coal power stations between now and 2030. Recent studies from China, India, Europe and the United States have revealed the devastating health impacts from coal plant pollution. In India scientists estimate that exposure to coal-related pollution caused between 80,000 and 115,000 premature deaths and more than 20 million asthma attacks in 2011-2012.

“We encourage U.S. investment in clean and sustainable energy in Vietnam and especially in Thai Binh Province and the Red River Delta.  The U.S. government should invest in these solutions for the benefit of local people, the environment and the global climate, rather than dirty coal,” said Ngụy Thị Khanh, Director of GreenID.

“Better, cheaper and cleaner options like wind, solar and energy efficiency are widely available and don’t kill people. In the future US financing should  go towards these technologies so that people can have the clean energy future that they deserve,” said Justin Guay, Associate Director, International Climate Program, Sierra Club.

About Pacific Environment: Pacific Environment is a non-profit organization based in San Francisco that protects the living environment of the Pacific Rim by promoting grassroots activism, strengthening communities and reforming international policies. For over two decades, we have partnered with local communities around the Pacific Rim to protect and preserve the ecological treasures of this vital region. Visit www.pacificenvironment.org to learn more about our work.

About Green ID: GreenID is a Vietnamese Non Governmental Organization that promotes an inclusive approach to sustainable development in Vietnam and the larger Mekong region, with a particular focus on the role of the energy sector and its environmental impacts. Since 2012, GreenID together with other NGOs formed the Energy Alliance (EA), which is an independent network of non-state actors which aims to promote a sustainable energy alternative to the current energy development in Vietnam and the Mekong Region.

About The Sierra Club: The Sierra Club is the oldest and largest grassroots environmental organization in the United States. It gives citizens the information and the means to make their voices heard. With 1.3 million members and supporters in 65 chapters and over 400 local groups nationwide, it has the resources to empower people and influence public policy through community activism, public education, advocacy, and litigation