The Curse of Crude 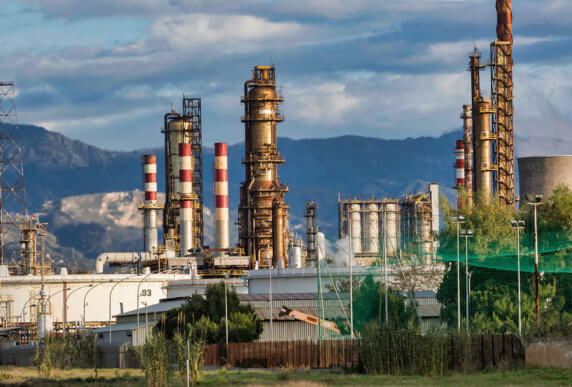 At least since the beginning of the financial crisis in 2008 it’s been a common refrain throughout the world that countries must crank up resource extraction projects to stimulate economic development. It’s an easy argument – more resources equal more money which creates better economic conditions – and it’s also wrong. A New York Times article published February 13 contradicts a lot of conventional wisdom about natural resources and economic development, claiming that valuable natural resources, especially oil, are a “curse” that often leads to increased corruption, poor governance, and poverty. It’s a sobering thought as politicians throughout the Pacific region ponder increased resource development in the next few years.

Evidence of this “curse” is everywhere in Russia, one of the world’s largest oil and gas exporters. While luxury boutiques and car dealerships are opening in large cities, ubiquitous unemployment, poverty, and decaying infrastructure persist everywhere else. Why? Because oil drilling requires lots of capital and technology but relatively few people. So much for “job creation.” And a ruble inflated by oil exports causes labor-intensive manufactured products to lose value at home and abroad. Even in Moscow, everything but vodka is stamped “Made in China.” Because Russia’s tax coffers are filled primarily with petrodollars instead of taxpayer contributions, the governing class has no incentive to meet the needs of the broader population. The result is rampant corruption, an increasingly repressive political climate, collapsing infrastructure, environmental degradation on a massive scale, and complete government unresponsiveness. It’s no surprise that government officials are adopting increasingly desperate measures to prevent civil society from undermining their nationwide get rich quick scheme.

But this curse doesn’t affect all resource-rich territories, right? What about Norway? Norway is something of a special case, fortunate enough to have developed democratic institutions before it discovered oil. And what about the United States? While it may be true that the U.S.’s vast resources haven’t caused us to sink into despotism, it’s hard to argue that they have been a net benefit. For starters, resource-rich areas tend to be among the most economically unstable and depressed, subject to the booms and busts of national and international resource markets. They also tend to suffer from poor education, degraded public health, and crime (think West Virginia coal country or south Texas oil land). And can you think of a lobby that exerts a more corrupting influence on this country’s politicians through lobbying and campaign contributions than the oil and gas industry? There are some bright spots (Alaska for example, where the Alaska Permanent Fund pays annual dividends from oil profits to each citizen), but it seems clear that the world’s addiction to fossil fuels has not been good for the majority of people on the planet, to speak nothing of the environment.

Russia is far from the only example of the resource curse. Look to Venezuela, Nigeria, and the Middle East for other countries with high levels of both resource wealth and misery. These countries’ and our own experiences should be a warning to anyone certain that expanded Arctic drilling or the Keystone XL pipeline will bring more money and a better life. The lesson seems clear: reliance on oil may make some people rich, but it leaves most in the lurch.