The Arctic: The New Wild West 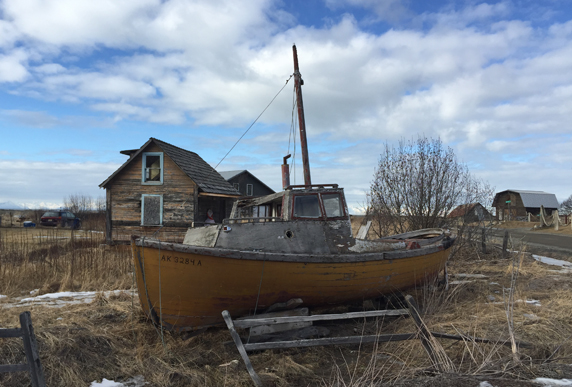 Centuries ago, European settlers stumbled upon the New World, a pristine world teaming with wildlife and abundance. Immediately the race was on to exploit these resources which were thought to be limitless. We now know what happened to the great northern forests, the prairie, the buffalo and the Native Americans who depended on the environment for their sustenance and survival.

Now the Arctic is poised on a similar precipice. Industrial nations race to the scene as melting sea ice opens up this vast pristine region. The goals are to reduce shipping time between Europe and Asia and thereby cut costs – and also to be the first to claim the abundance of resources that are suddenly becoming available.

The Arctic no longer belongs to the eight Arctic nations that surround it. Major economic players such as China and other industrial nations far removed, have a stake in what happens in the Arctic.

Arctic politics has also created some strange bedfellows. This past month Icelandic President Olafur Ragnar Grimsson announced formation of a new global forum, the Arctic Circle, to give countries outside the region a chance to shape Arctic development such as China, Singapore, India and South Korea. China and Iceland also recently signed a free trade agreement that will bring greater economic involvement and investment in the region.

I don’t mean to pick on a few nations – but the problem is that some of the nations who ardently want a greater stake in Arctic development are the nations that support weak environmental protections for the Arctic. Last month at the International Maritime Organization (IMO),  I witnessed this first hand as China, Singapore, Iceland, the flag ship states , and even the United States, one-by-one stood up to oppose measures that would require zero discharge of garbage and other substances into the pristine Arctic.

If nations want to have a stake in the Arctic – let them first show that they support responsible rules on Arctic shipping and development: allow only first class ice-worthy vessels; require zero discharge of pollutants including garbage; and restrict the types of dangerous cargo that can enter Arctic waters.

Now is the time to stand up for strong Arctic environmental policies – before we are looking back on another Wild West.