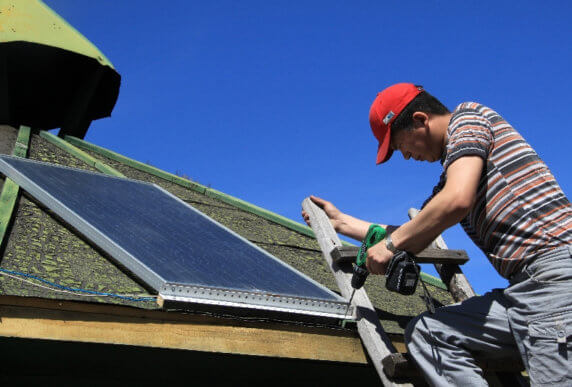 Thanks to Oksana Engoyan, traditional shepherds now carry solar cells instead of diesel generators to their summer pastures in Altai’s mountains. Sandwiched along the border with Mongolia and China, Altai is a remote mountainous region in southern Siberia populated largely by herders and small farmers who have to deal with heating and electricity shortages on a daily basis.

The government has been trying to address the region’s energy challenge with large hydropower projects. Pacific Environment first joined forces with Oksana and her organization, the 21st Century Foundation, in 1995 to fight these giant dams that are not only a threat to conservation, but also to the livelihoods and cultural survival of local herders who depend on clean and accessible water supplies.

“Hydropower plants would not just hinder animal migration routes, change the local climate, and limit access to clean water, but there was no economic justification” Oksana says, referring to Altai’s modest energy demand. “It was a mystery. Who was going to buy all this energy?”

Instead, Oksana believes that the answer to Altai’s energy shortage lies in harnessing the region’s most valuable natural resource: its human capital. “Many people in Altai have occupations that do not harm the ecosystem, and we want to help them continue to do this while also living a modern life. Technology makes it possible to build small businesses without a need for massive industrial projects.”

Oksana decided that the answer to Altai’s energy challenge was renewable energy. She built a demonstration exhibit for potential consumers to sample renewable energy generation, and she quickly found a market for small solar cells among the region’s traditional shepherds, who find the lighter and cheaper technology more practical in remote regions than heavy, expensive, and dirty diesel generators. “They set up a camp in the mountains to herd their sheep,” says Oksana, “and instead of carrying a tank of diesel for a generator, they just put up a solar cell” to produce electricity for light or to heat water. The solar cells are also popular with vacationers and others who live off the grid in Altai’s remote valleys. “Not only does this reduce emissions and improve air quality,” Oksana said, “but it’s convenient for the consumer.”

Despite the growing popularity of renewable energy solutions, federal and regional officials still assert that Altai’s economic development hinges on dammed rivers and cut forests. So Oksana is increasing her efforts to build coalitions of consumers, retailers, and government officials to bring clean energy into the mainstream—and support Altai’s economy along the way.

Oksana and her organization have helped establish several successful for-profit clean energy start-ups that install renewable energy equipment throughout the region. And they are gaining momentum. Recently an entire apartment complex added solar cells to its coal heating system. “They don’t spend money on coal all summer and they produce enough warm water for the entire complex,” Oksana says. She is even starting to get inquiries from municipal governments. Quarterly informational seminars on renewable energy investment have gained popularity with local government functionaries. “[They] could install these solar cells on schools and hospitals,” says Oksana. “They are coming to us because they are very interested and want to learn more.”

Like many other communities practicing traditional lifestyles in Russia, the people of Altai want expanded economic opportunities, but they are skeptical that massive projects like hydro dams will bring the positive local impacts promised by politicians and corporate executives. In small-scale renewable resources, Oksana has found a creative, viable alternative to large-scale polluting industries—a clean energy solution that truly puts power into the hands of Altai’s people.