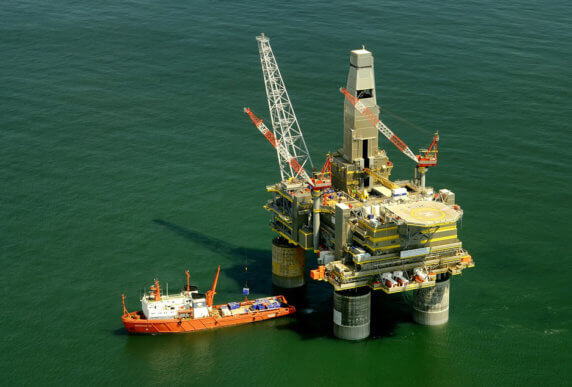 LONDON, UK – Today, residents living adjacent to a highly polluting liquefied natural gas (“LNG”) plant and oil and gas export terminals on Sakhalin Island, Russia, filed a complaint against Royal Dutch Shell and three of the largest UK banks: Royal Bank of Scotland (“RBS”), Standard Chartered, and Barclays, for their failure to adhere to the Organization for Economic Cooperation and Development’s (“OECD”) Guidelines for Multinational Enterprises (“Guidelines”). The enormous LNG plant and the export terminals, called the Prigorodnoye Production Complex, are part of Sakhalin II, one of the world’s largest integrated oil and gas projects, operated by the Russian Sakhalin Energy Investment Company (“SEIC”).

According to Dmitry Lisitsyn, Chairman of Council of Sakhalin Environment Watch, a Sakhalin Island-based regional environmental organization representing the project-affected residents, “the construction and operation of the Prigorodnoye Production Complex has severely harmed the adjacent community, endangering their health, jeopardizing their food security, and polluting and destroying local environmental resources. Community members living only 1.2 kilometers away have not been resettled or justly compensated, in violation of Russian law and international standards including the OECD Guidelines.” The OECD developed the Guidelines to set standards for responsible business conduct in areas such as human rights and the environment.

The complaint was filed with the Dutch and UK National Contact Points (“NCPs”), government offices charged with promoting observance of the Guidelines and receiving complaints about Guidelines violations.

“Shell, RBS, Standard Chartered, and Barclays share responsibility for the environmental and community damage caused by the Prigorodnoye Production Complex,” explains Doug Norlen, Policy Director at Pacific Environment, a U.S.-based organization that works closely with Sakhalin Environmental Watch. “Shell and these banks are only the tip of the iceberg in terms of the multinational corporations involved in the Sakhalin II Project, but they are among the most influential.”

Shell, headquartered in the Netherlands and incorporated in the UK, is a major shareholder in the Project, and RBS, Standard Chartered, and Barclays are among the largest banks in the UK. “The Dutch and UK NCPs are critical to ensuring that Shell and these UK banks comply with established international environmental and human rights standards,” says Norlen. “Communities demand the UK and Dutch NCPs’ involvement after years of unsuccessful engagement with SEIC and its financial supporters,” explains Sarah Singh, an attorney at US-based Accountability Counsel, which assisted in filing the complaint. “Shell, RBS, Standard Chartered, and Barclays have thus far failed to use their influence over the Project operator to correct the environmental and human rights abuses associated with this Project.”